Anatomy In this more common DILV arrangement, the aorta is transposed (anterior and leftward to the PA), arising exclusively from the outflow chamber. When the BVF is restrictive, AV hypoplasia, arch hypoplasia, and CoA or IAA are commonly associated. This anatomy is similar to that of tricuspid atresia and TGA (presence of Ao from outflow chamber). 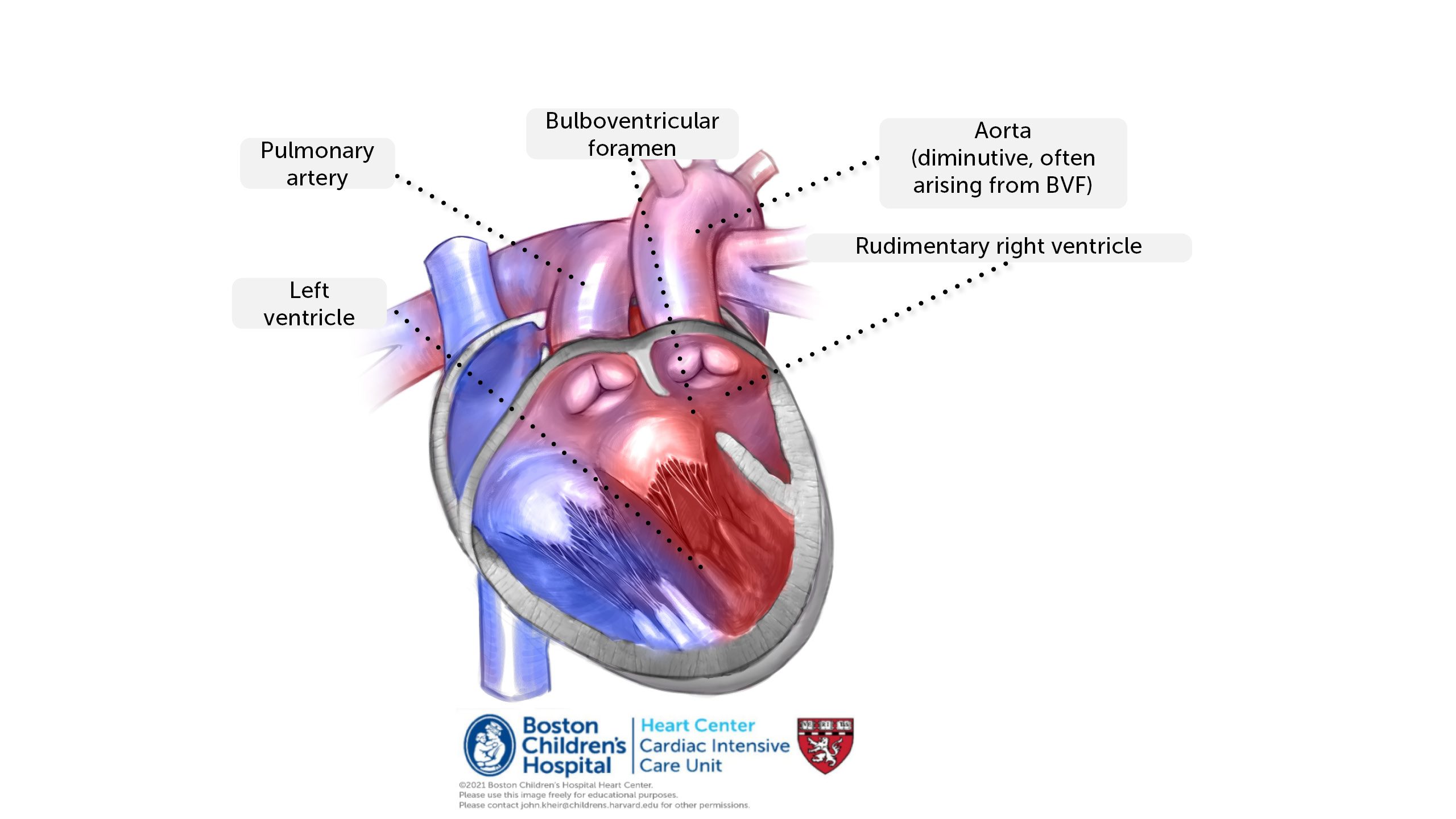 Pathophysiology and clinical course The physiology is heavily dependent on the size of the BVF. In the absence of CoA, the BVF may often be of sufficient size for systemic blood flow during the newborn period (i.e. able to avert S1P in the newborn stage). Absent a PDA, a restrictive BVF in this anatomy (whether in the newborn period or thereafter) may manifest as subtle heart failure (increased Qp and less Qs), or in a frank shock state with end-organ ischemic injury. Patients who are being monitored in this state require close attention to respiratory status, pulse strength, feeding tolerance, renal function, skin color. In these cases, total resistance to systemic blood flow (due to serial obstruction at the BVF and hypoplastic arch structures) requires DKS in the newborn period or shortly thereafter (see S1P); more rarely, the subaortic obstruction may be resected primarily. These patients often subsequently undergo BDG followed by Fontan.