In 1824, Dr. Andrew Holmes reported this, the first single ventricle heart disease ever described. Both AVVs are associated with the LV. The RV lacks an inlet and body portion; only the outflow chamber (infundibulum) remains. This rudimentary RV serves as a pathway from the LV to the PA and is connected to the LV through a VSD (known as the bulboventricular foramen) and an outflow chamber. PA size is dependent upon the size of the BVF. The aorta arises from the LV and is good-sized. This anatomy is similar to that of tricuspid atresia and NRGA (presence of PA from the outflow chamber). 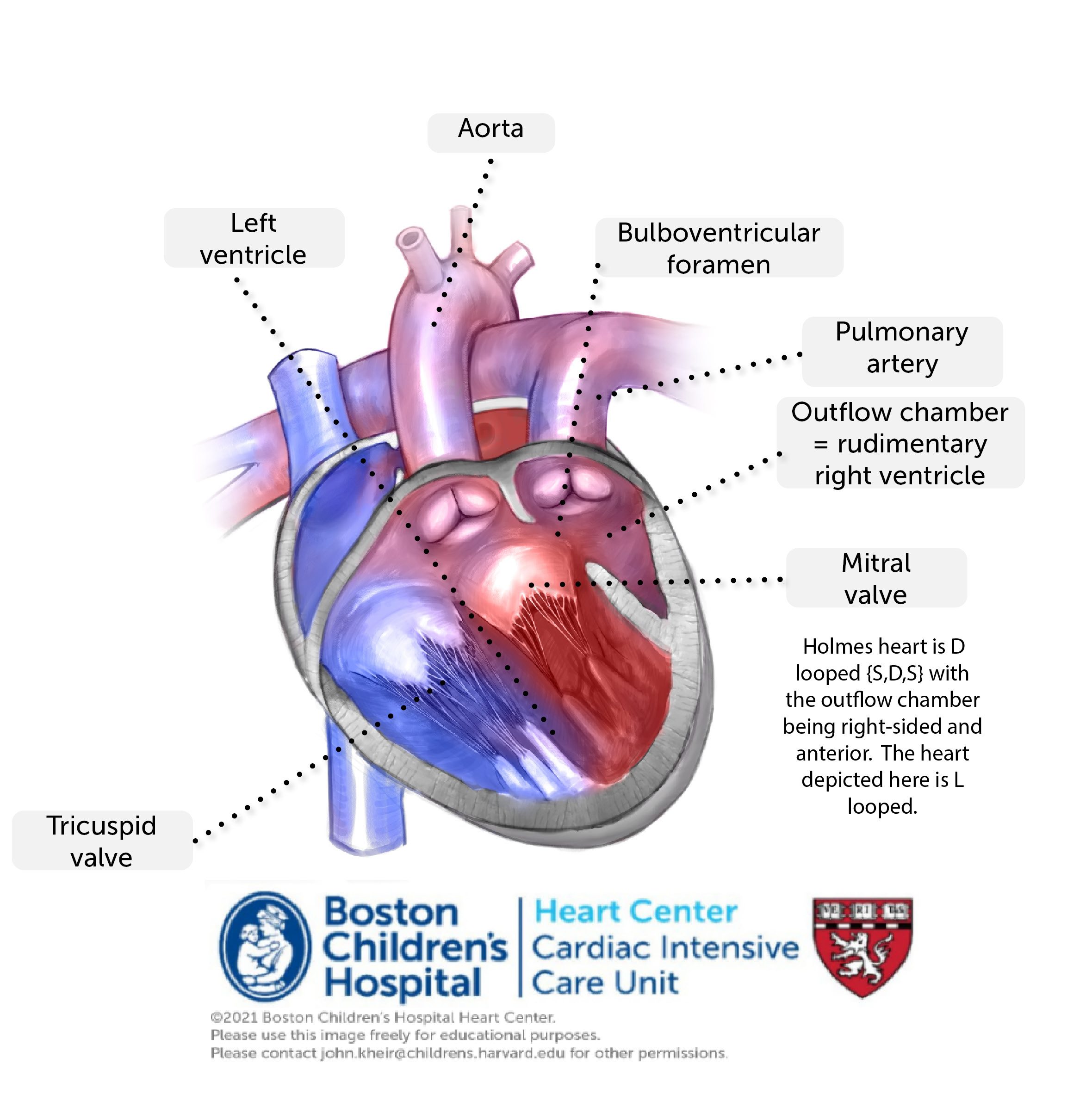 The physiology is one of common mixing with a variable degree of PS, similar to tricuspid atresia. Oxygenation and the degree of heart failure are primarily dependent upon the severity of pulmonary outflow obstruction: obstruction may occur at the BVF, the outflow chamber (if small or trabeculated), or the pulmonary valve. The BVF tends to become increasingly restrictive (due to fibrosis) over time but is commonly unrestrictive in the newborn period. Timing of initial palliation is dependent upon Qp/Qs, which is in turn related to the degree of pulmonary outflow obstruction. If circulation is well balanced, may remain with native anatomy (natively physiologically ‘banded’) for decades. If not, the initial procedure may be either PA banding (if BVF is unrestrictive) or ductal stenting (if excessively restrictive). often followed by BDG and then Fontan to diminish volume load. Recently, some patients have been successfully taken to a biventricular circulation by step-wise closure of the VSD.