Interpreting a chest radiograph in the cardiac ICU (also known as chest X-ray, or CXR) can be challenging.  Here are a few basics to help get you started.

By far the most common error in CXR interpretation.  (The name and MRN have been removed here to preserve anonymity.) 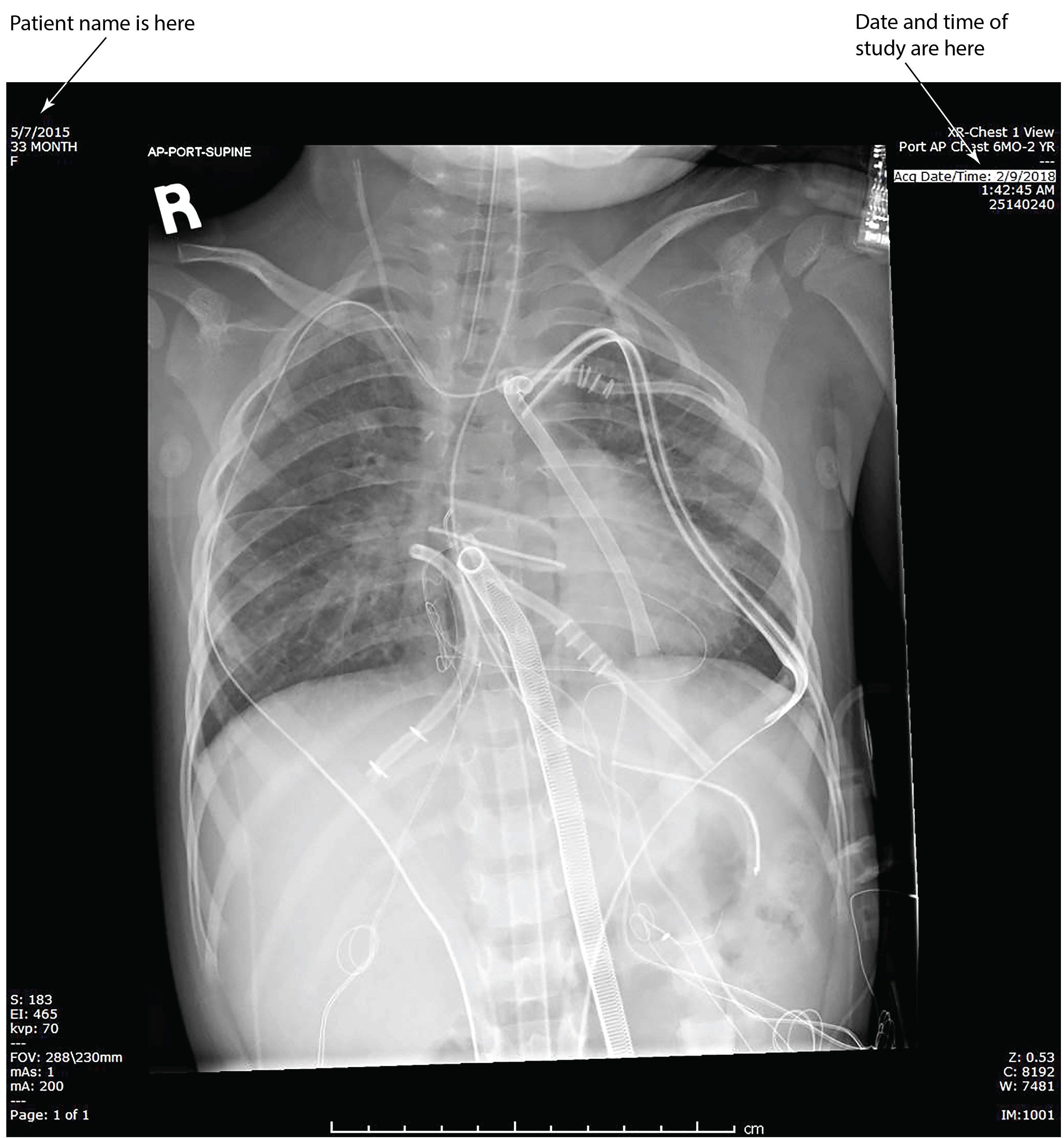 The ETT can be seen in the trachea by its two radiopaque lines.  Sometimes the air in the cuff can be visualized.  The ETT should terminate above the carina and below the thoracic inlet. 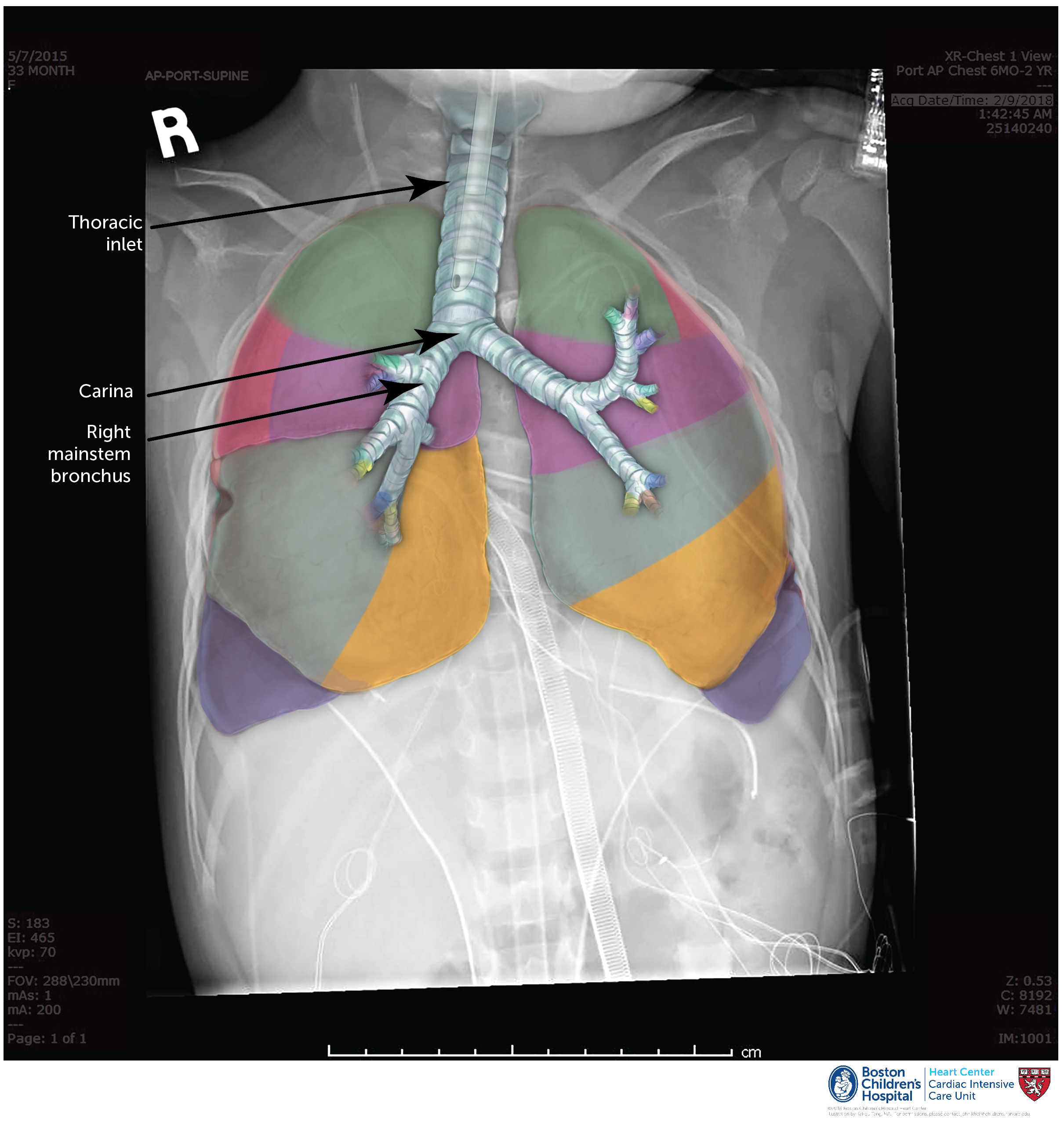 It is important that the ETT does not enter the right mainstem bronchus since the left lung may not then be ventilated.   In neonates, placing a towel roll under the shoulders may suffice to move the ETT up 0.5 cm.  Always remember, ‘the hose follows the nose’: extending the neck (as if looking up at the sky) moves the ETT up in the trachea, and flexing the neck (as if looking down to the ground) moves it down. 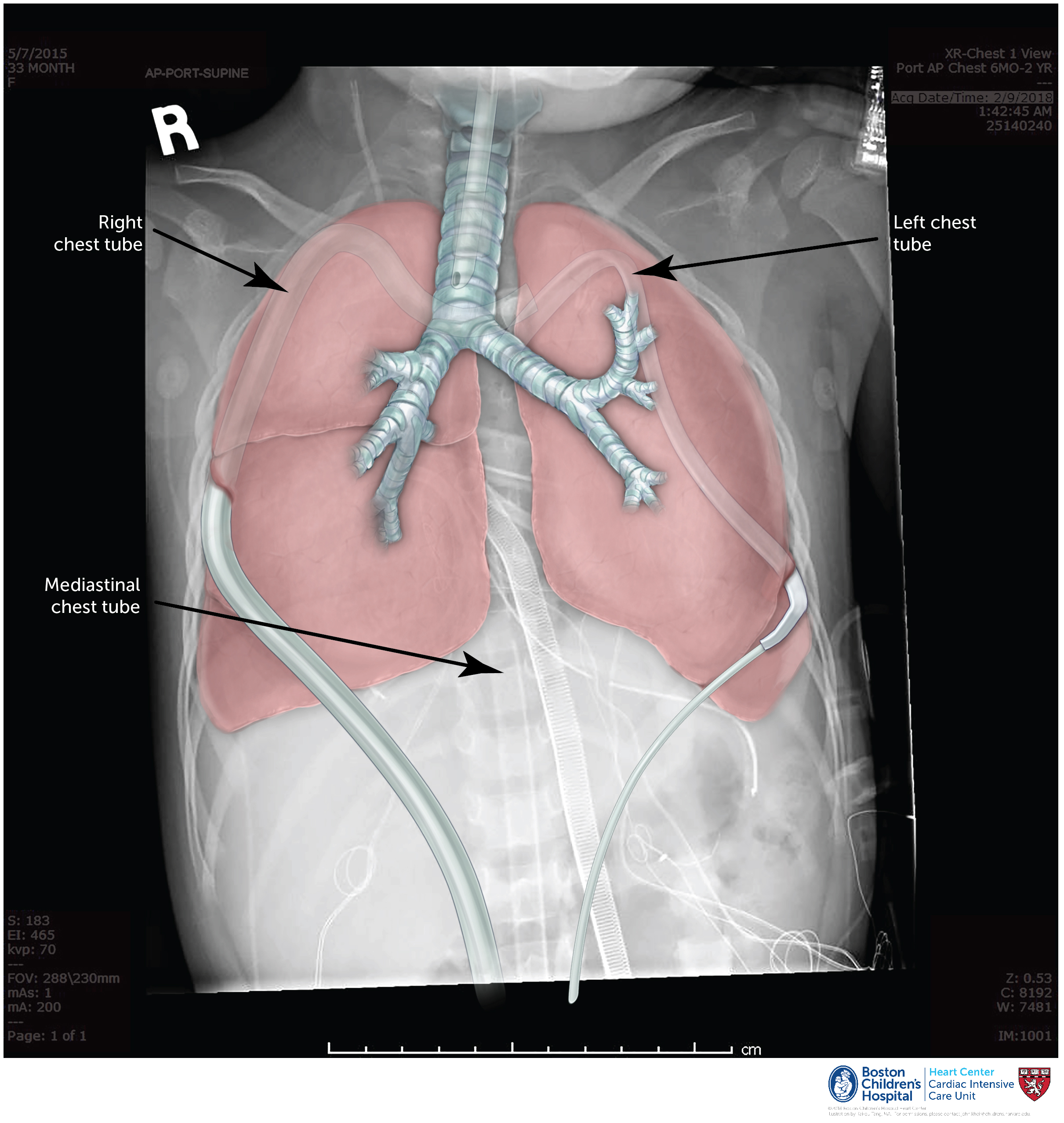 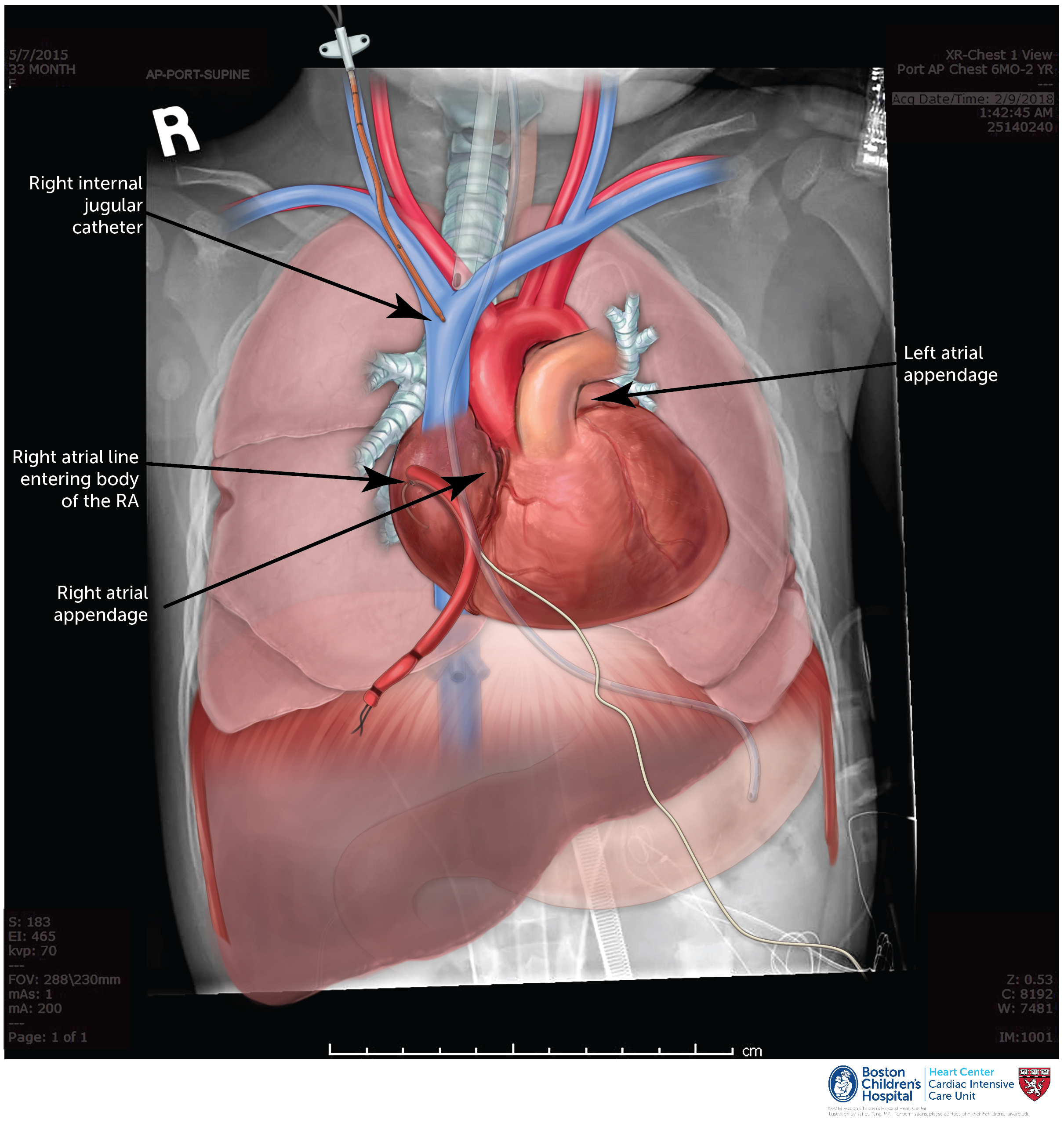 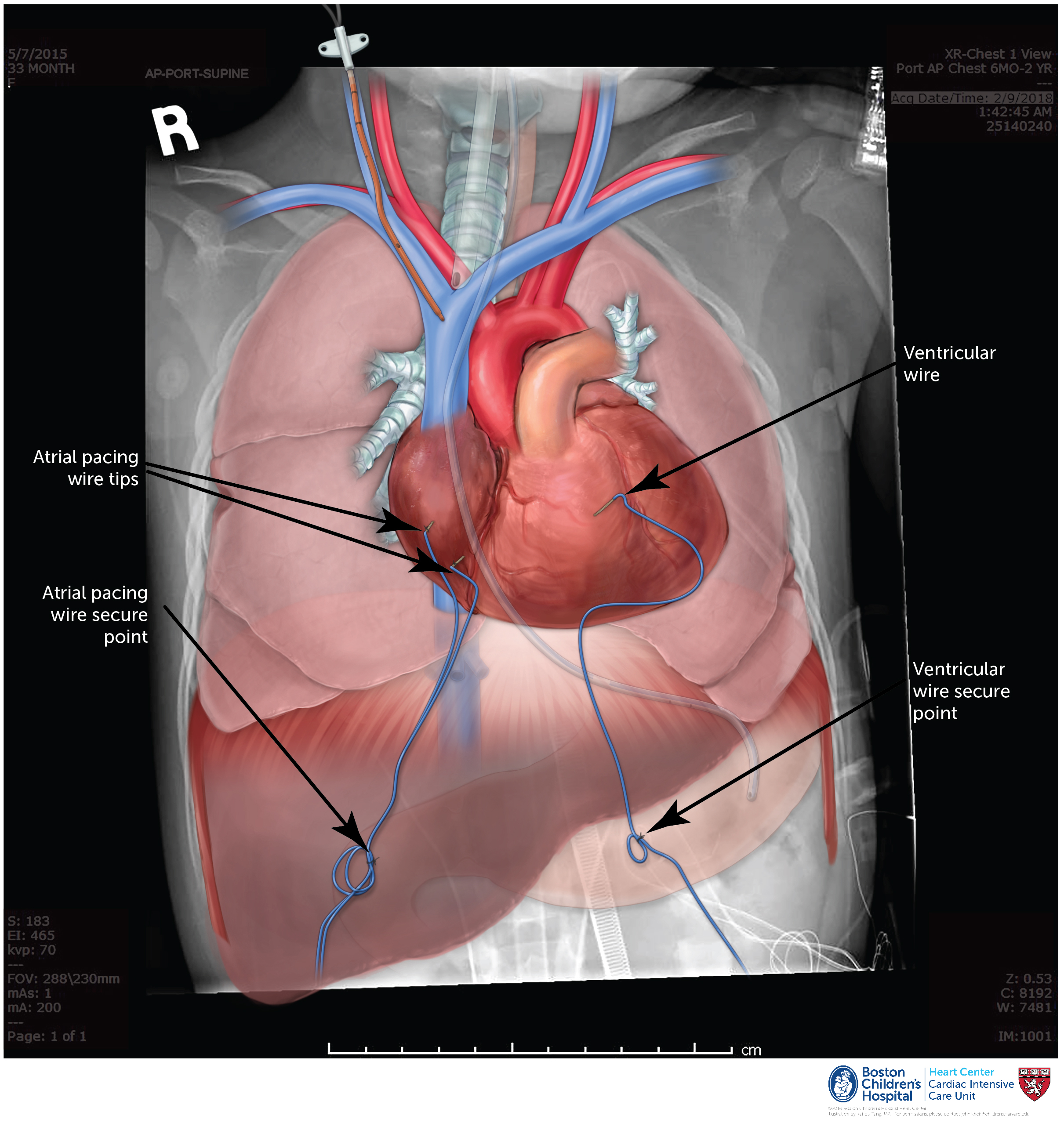 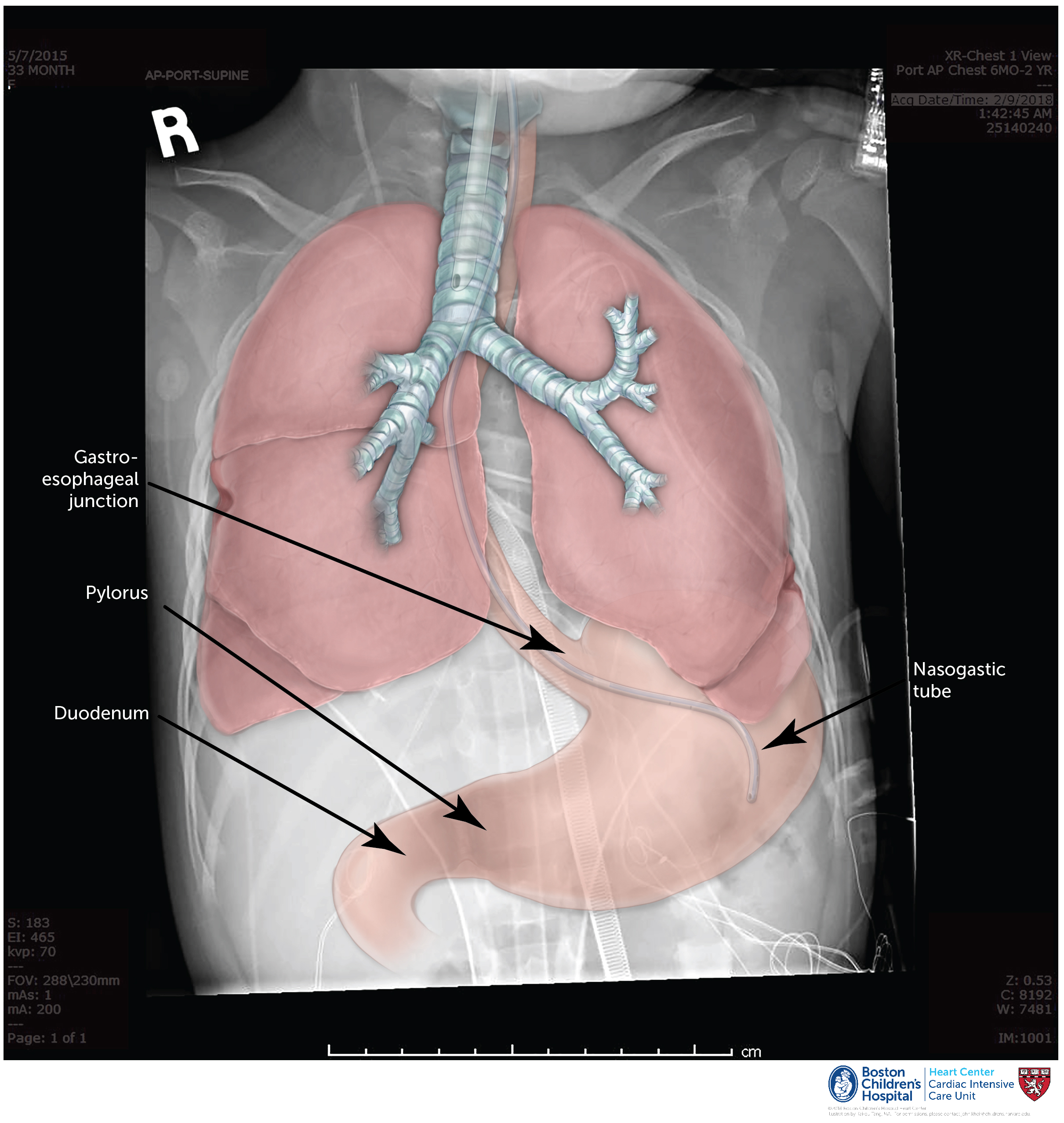 The position of ECMO cannulae is critically important to maintaining perfusion of all vital organs.  Central cannulation (shown here) is typically performed with a single venous cannula in the right atrium and a single arterial cannula in the transverse aorta.  Alternatively, particularly in newborns following S1P, a ‘chimney graft’ may be left sewn onto the innominate artery and used to place the arterial cannula. 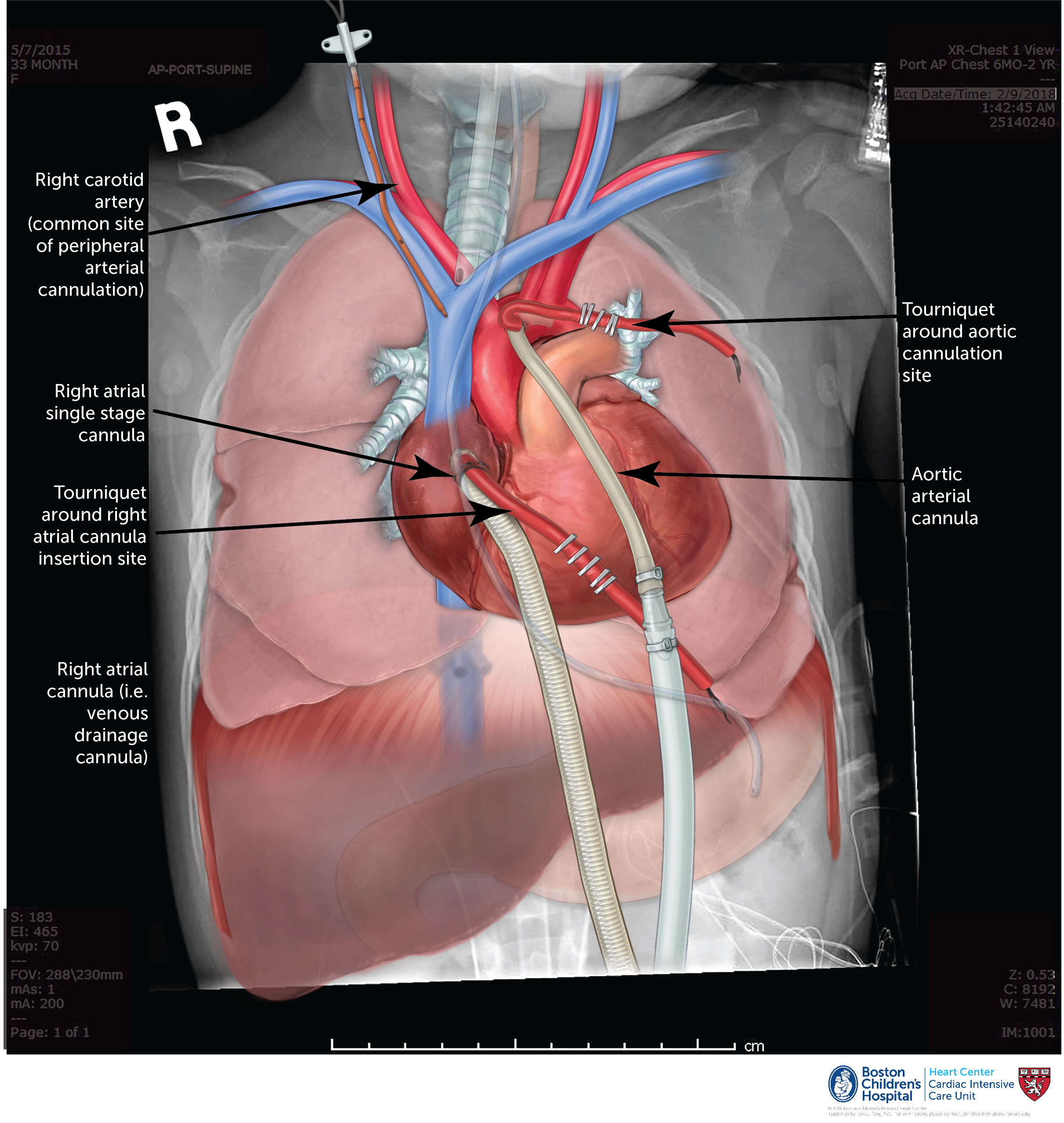 When cannulation takes place via the carotid artery, the tip of the arterial cannula should be at the thoracic inlet and oriented towards the left chest.  The arterial cannula should never be seen to be heading straight towards the heart; in these cases, the cannula tip may be in the ascending aorta, at the aortic valve, across the aortic valve, or within a BTS (see below) – all of which significantly compromise systemic perfusion and must be addressed immediately.

Echocardiography may be helpful in delineating the precise location of the instrumentation when there are questions.

A strut is material used to stabilize the distance between the sternal edges.  Often, a strut is placed to widen this distance, though it can also be used to bring the edges together as an iterative step in sternal closure.  Struts can be made from chest tubes or cut-off syringes, and are typically 1-3 cm long.  Not all open sterna have a strut in place. 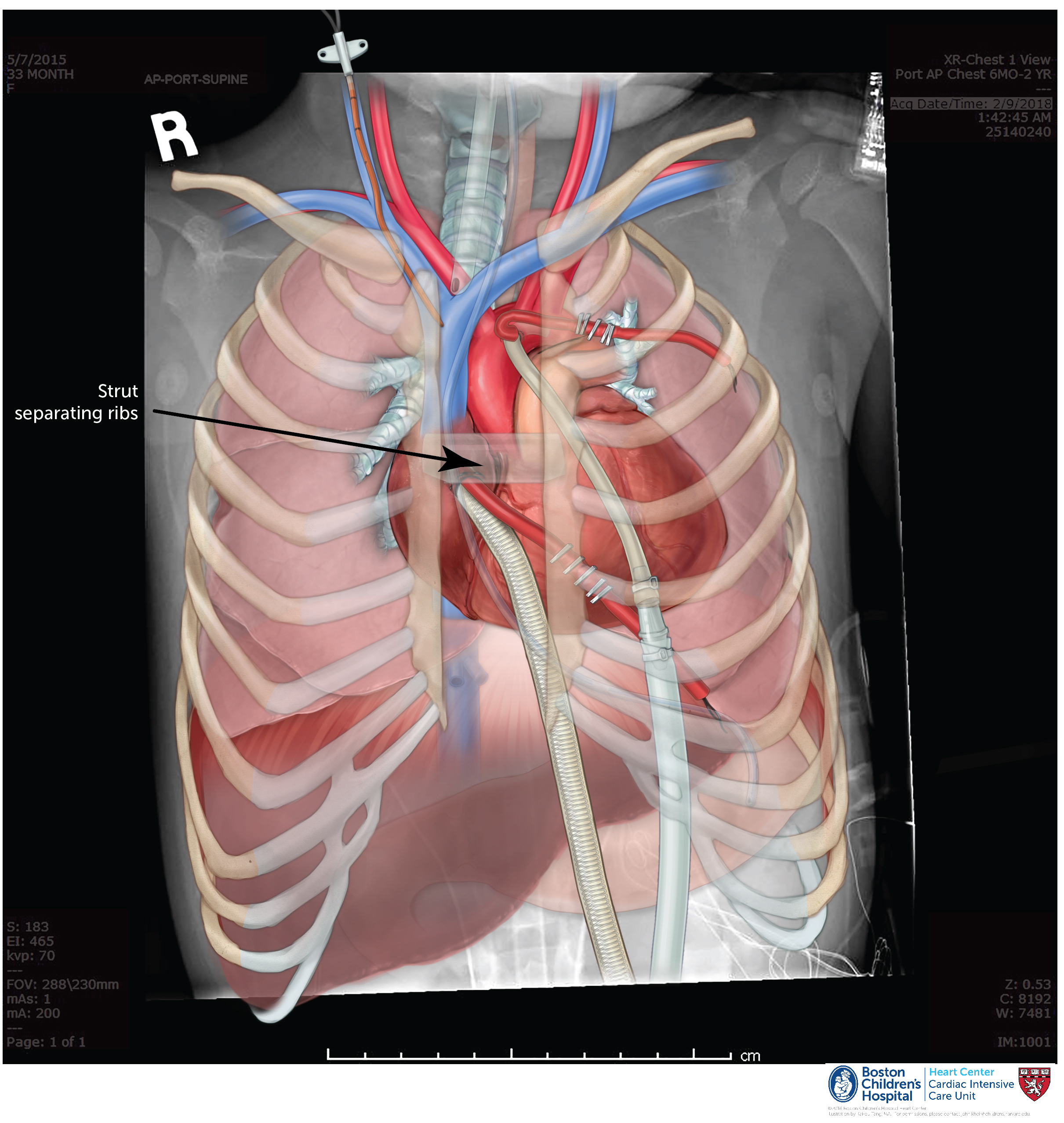 The Esmark dressing is a sterile elastic barrier that is sewn to the soft tissues around the sternal edge.  This is covered by a final sterile iodine-containing dressing (called an Ioban) that adheres to the anterior chest wall. 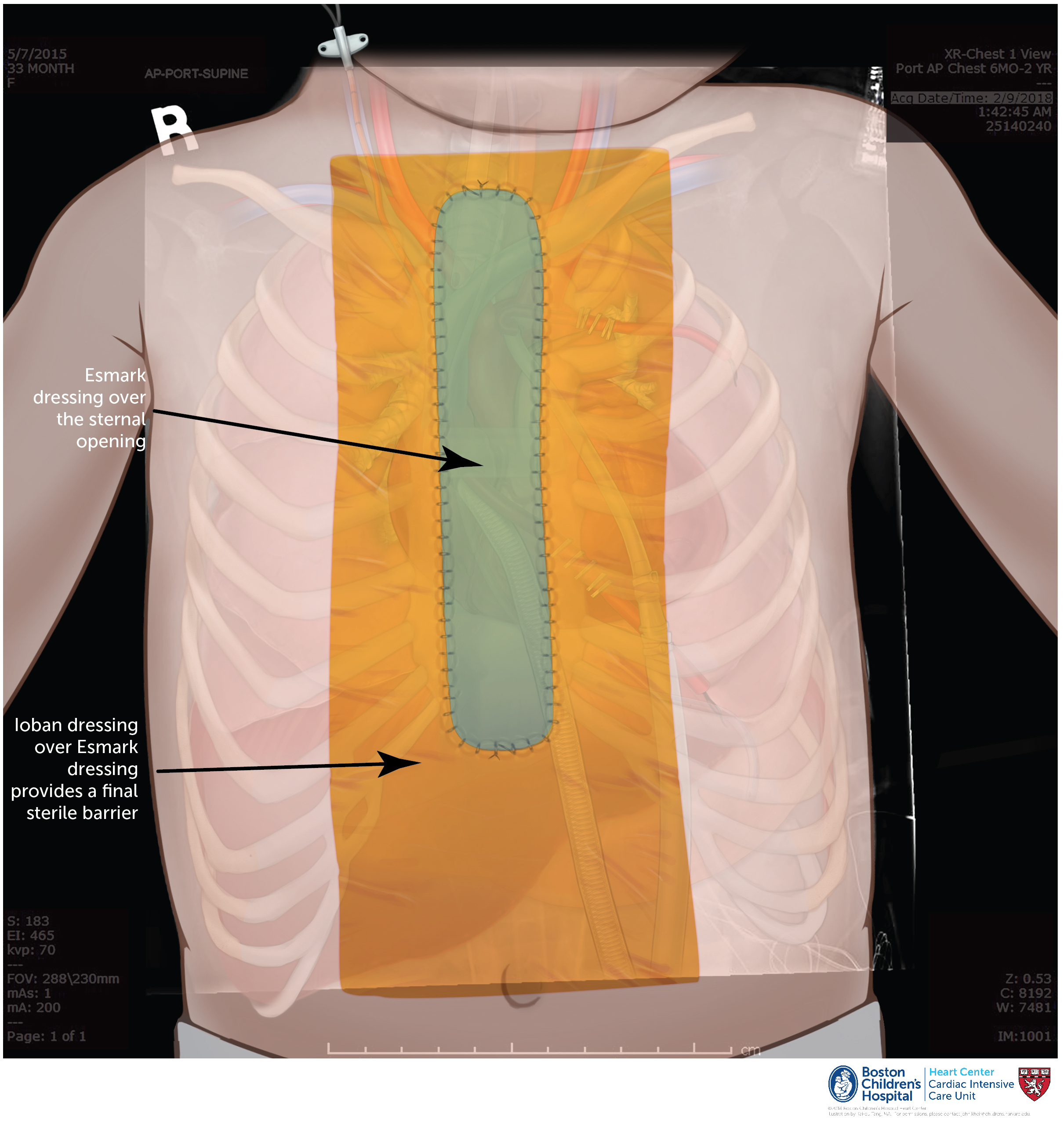