Anatomy. DORV is an anatomy in which both great vessels arise from the RV. DORV with subaortic VSD (i.e. blood passing from the LV through the VSD most directly enters the aorta rather than PA) is akin to TOF. In many cases, there is significant PS and subPS due to an anteriorly deviated conal septum. In these cases the physiology can be identical to that of TOF/PS, and this anatomy has been colloquially referred to as ‘TOF-like DORV’. The anatomic distinction between the two is that DORV lacks the normal fibrous continuity between the aorta and MV. Instead, there is a subaortic conus that causes the aorta to be associated with the RV. 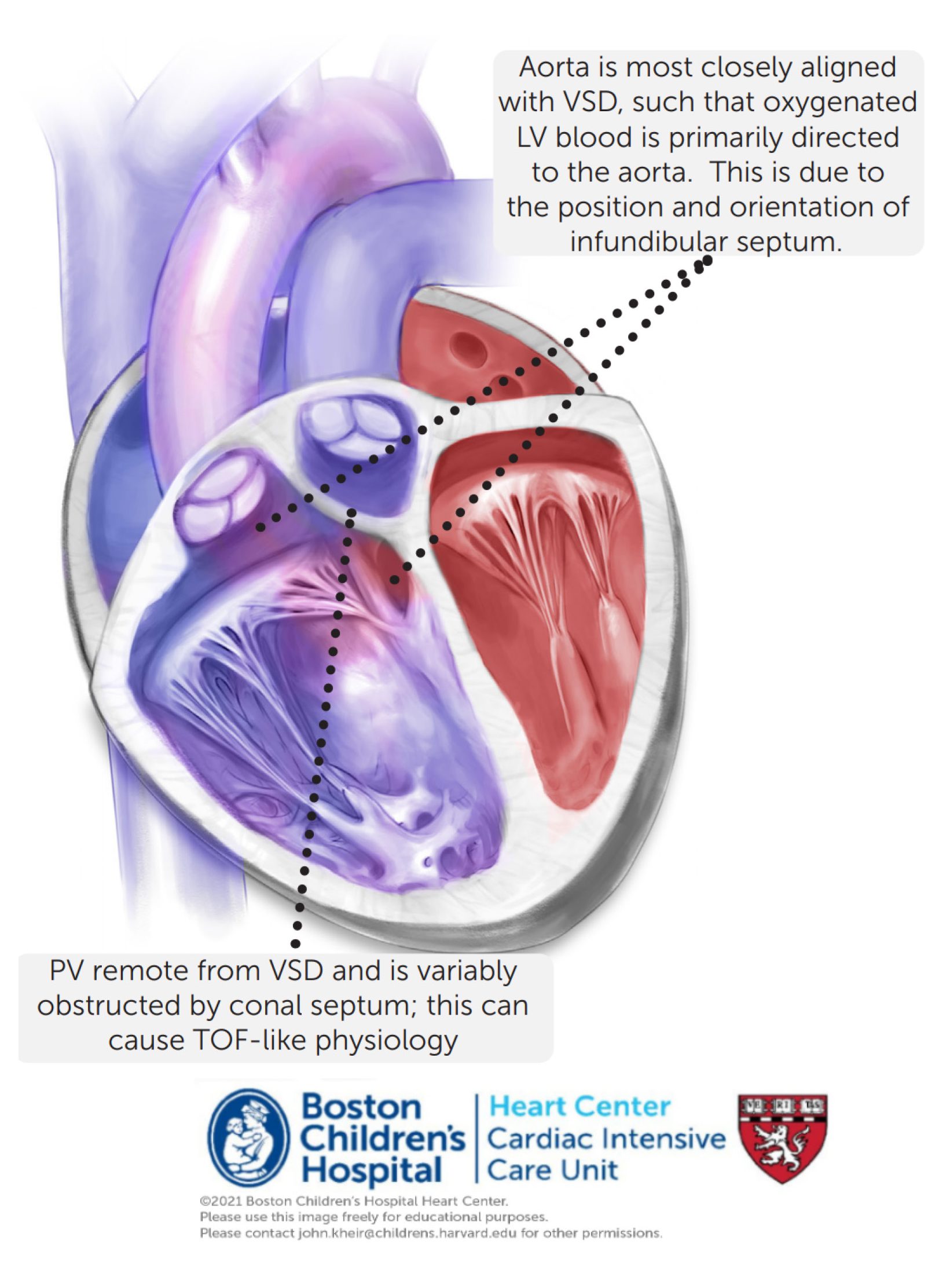 Physiology. As with TOF/PS, the primary factor driving the preoperative clinical course is the degree of subpulmonary obstruction and PV hypoplasia; this determines whether patients have TOF physiology or VSD physiology. If the degree of PS is optimal, patients may not be hypoxemic or exhibit heart failure for many months. If PS is severe, patients may be hypoxemic at birth and require intervention as with severe TOF.

Repair. The spectrum of repair options in DORV/subaortic VSD is the same as those available for TOF/PS. Typically, the subaortic VSD is able to be closed with the aorta easily included within the VSD patch without causing LVOTO, though sometimes anterior enlargement of the VSD is necessary. The subpulmonary stenosis may be resected primarily or patch plastied, and the PV may be plastied primarily or a TAP placed. Patching of the MPA is often necessary. 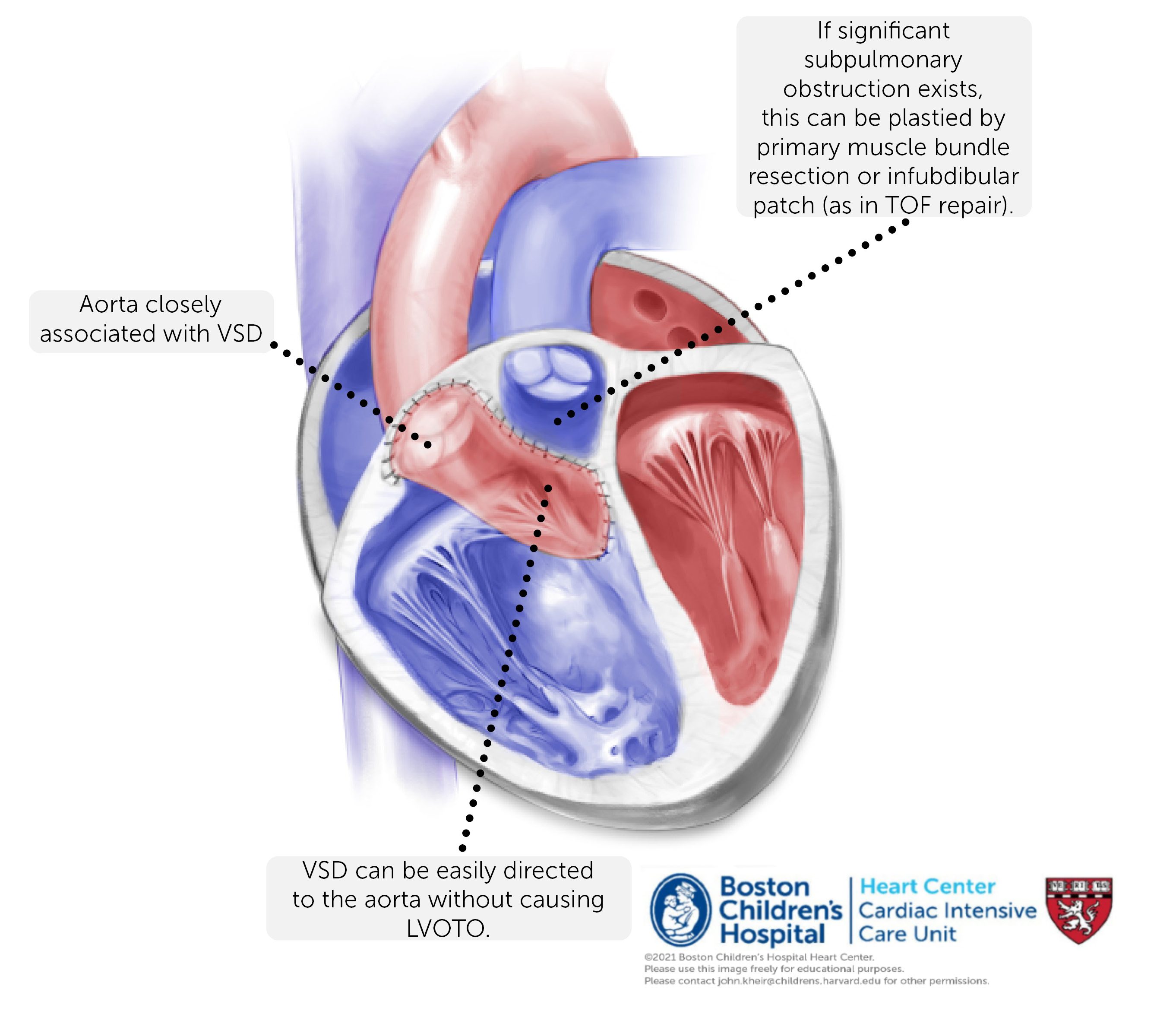 Postoperative considerations. The primary considerations following biventricular repair of DORV/subaortic VSD include restrictive RV physiology, which may be less likely in DORV than in true TOF due to the larger RV. Residual VSD is typically small and well tolerated, but must be considered in patients who progress slowly. Junctional rhythm may also occur and should be considered.