Postoperative physiology. The circulation following S1P is one of the more challenging to manage. The following should be assessed in sequence:

Flow. Blood that the heart ejects (combined cardiac output) flows to the systemic circulation and to the pulmonary circulation in parallel. Flow (abbreviated Q) to the body (Qs) and to the lungs (Qp) occurs in proportion to the relative impedance to blood flow in each of the circulations. Lesions that increase impedance to the pulmonary circulation (namely the Sano conduit; PVR is nearly always low) may decrease PBF, causing hypoxemia and dead space ventilation. Lesions that increase impedance to systemic blood flow (e.g. aortic arch obstruction, high SVR) may decrease systemic blood flow and end-organ perfusion. Assessing flow (and more importantly oxygen delivery) following S1P is one of the most challenging components to the care of patients. Our tools for assessing flow are limited. More details of assessing the circulation can be found on pages 142-145, but a few of my guiding principles re: assessing flow following S1P are as follows.

Oxygenation and ventilation. In most cases, there is complete atrial mixing, creating a common arterial saturation in the pulmonary and systemic circulation. The exception to this is the case of MS/AS in which the LV may eject purely pulmonary venous return (most oxygenated) into the aorta, which may stream towards the right hand and brachiocephalic vessels, causing a differential in saturations between the right arm and remaining extremities. Hypoxemia is most commonly caused by either pulmonary vein desaturation (intrapulmonary shunting, often responsive to hand ventilation, suctioning, increased FiO2, rarely iNO) or decreased pulmonary blood flow. Hypercarbia is an equally common manifestation of decreased pulmonary blood flow in this population. Often, decreased PBF is due to decreased total cardiac output. An approach for troubleshooting hypoxia follows. 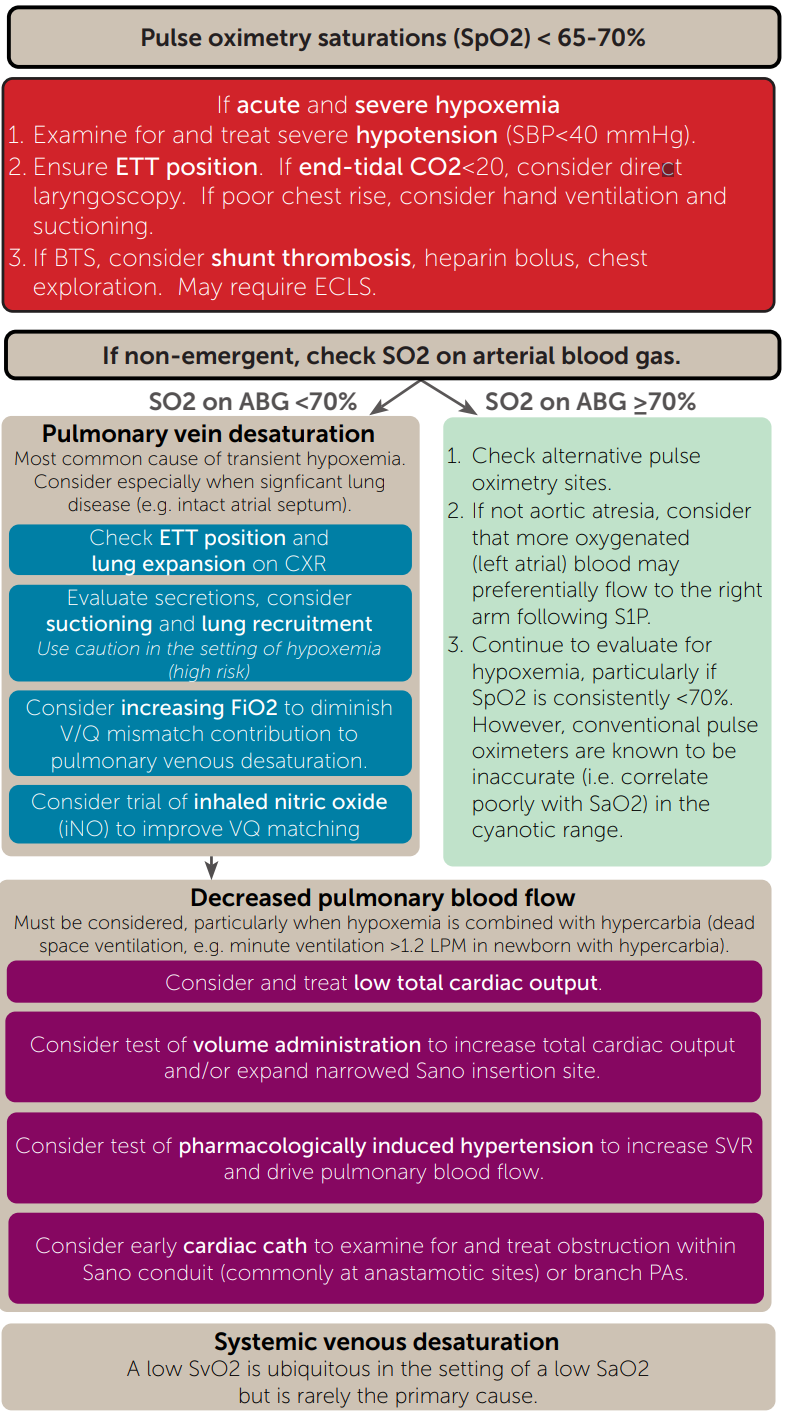 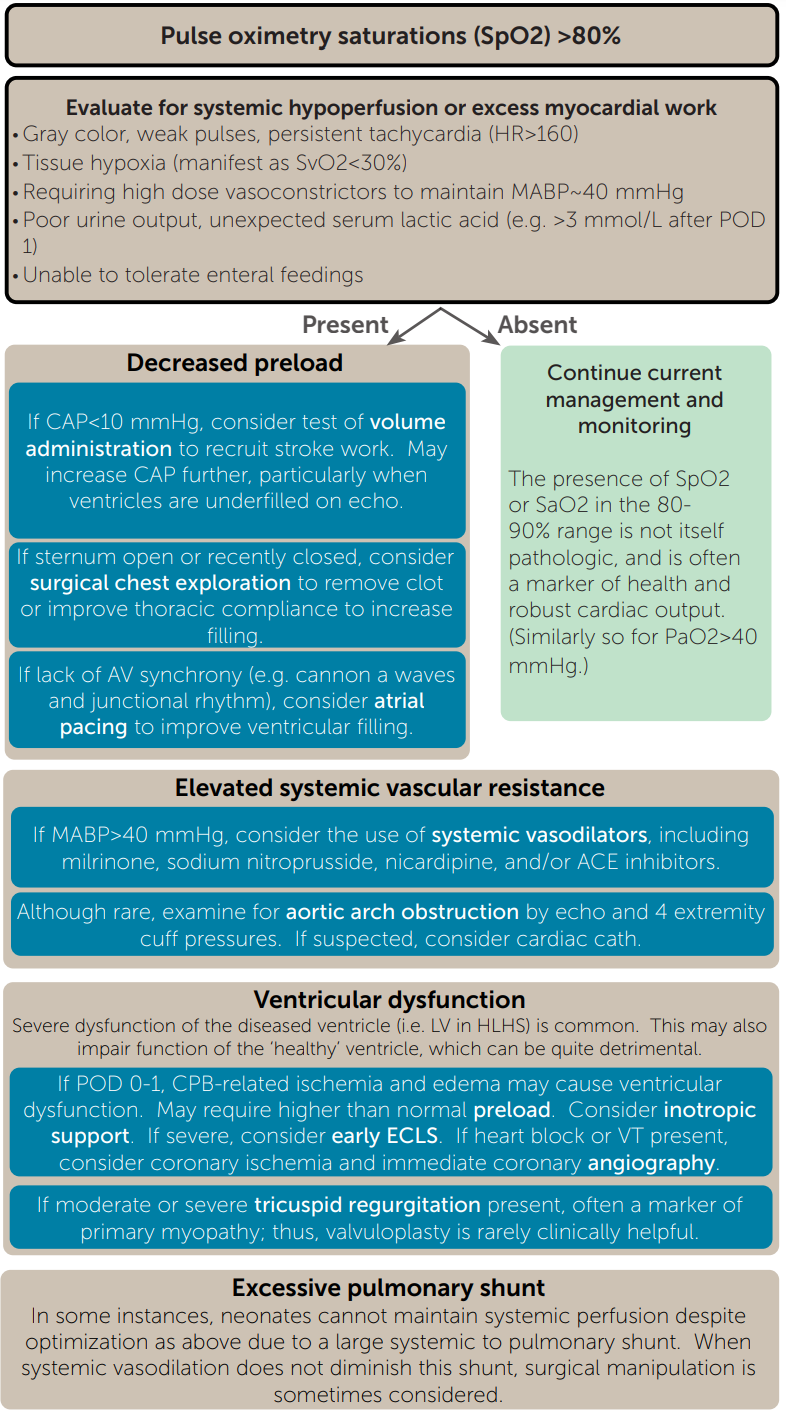 2013, ASE – Retrograde flow in BTS and RVPAS does not affect clinical outcomes

2008, JTCVS – Mathematical modeling of DO2 in BTS vs Sano

2012, Circulation – Shunt type does not impact ventricular size at 14 month