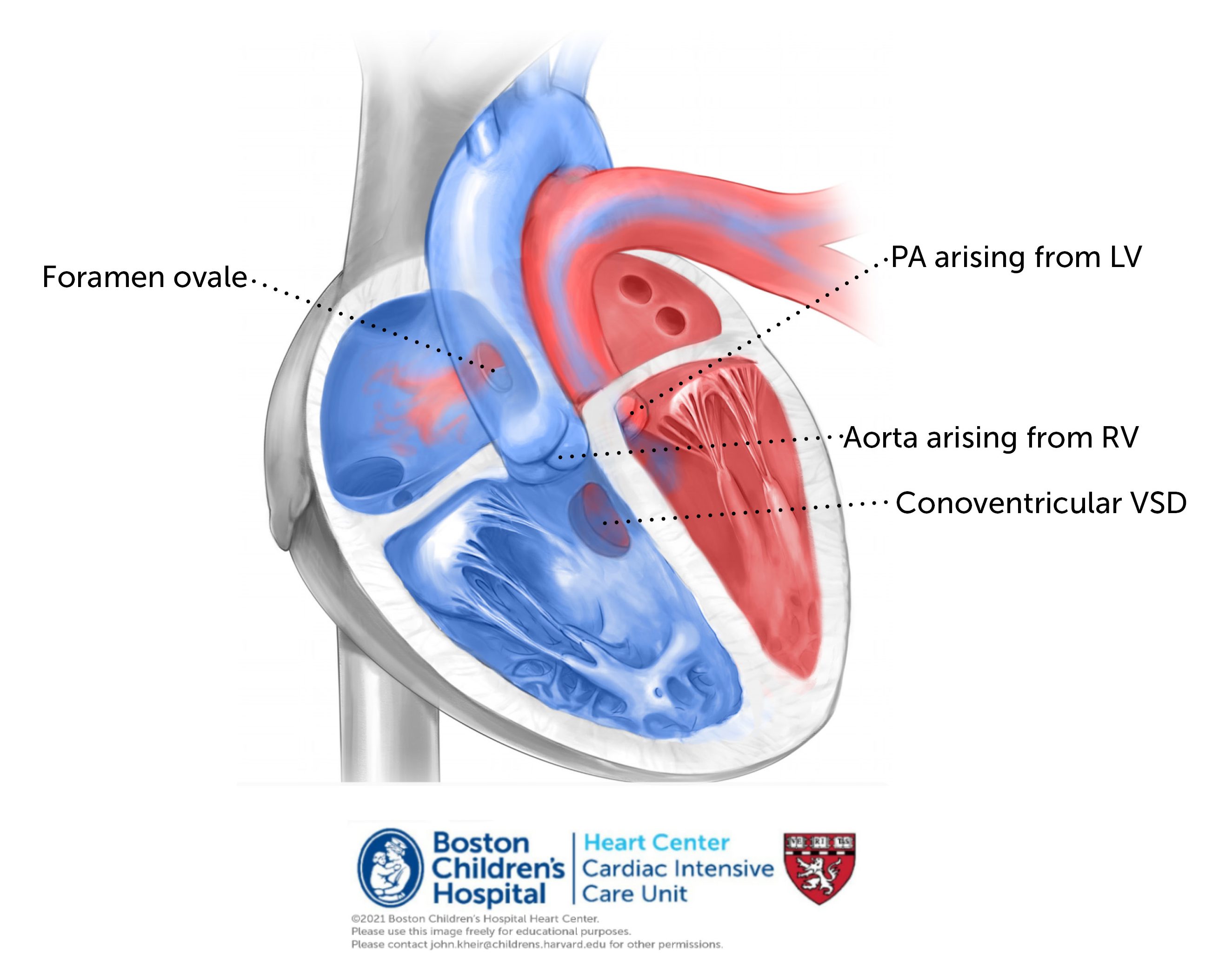 Physiology. As with dTGA/IVS, dTGA/VSD creates transposition physiology when atrial and ventricular situs are normal; deoxygenated blood is recirculated to the body and oxygenated blood is recirculated to the lungs. The presence of a VSD allows deoxygenated systemic venous return to pass from the RV through the VSD and into the PA via the LV. This increases effective (i.e. deoxygenated) PBF in the same way that a PDA does, such that PGE can usually be discontinued in the absence of aortic arch obstruction and PS. Because systemic oxygenation relies of left to right atrial shunting, a restrictive PFO is still poorly tolerated in this anatomy and a BAS may still be necessary to relieve significant cyanosis or LA HTN.

Repair. Repair of dTGA/VSD involves an ASO and VSD closure (please see prior pages). If there are reasons to delay surgery (e.g. prematurity), this can usually be done in this anatomy since the LV remains pressurized (when the VSD is unrestrictive) and conditioned. 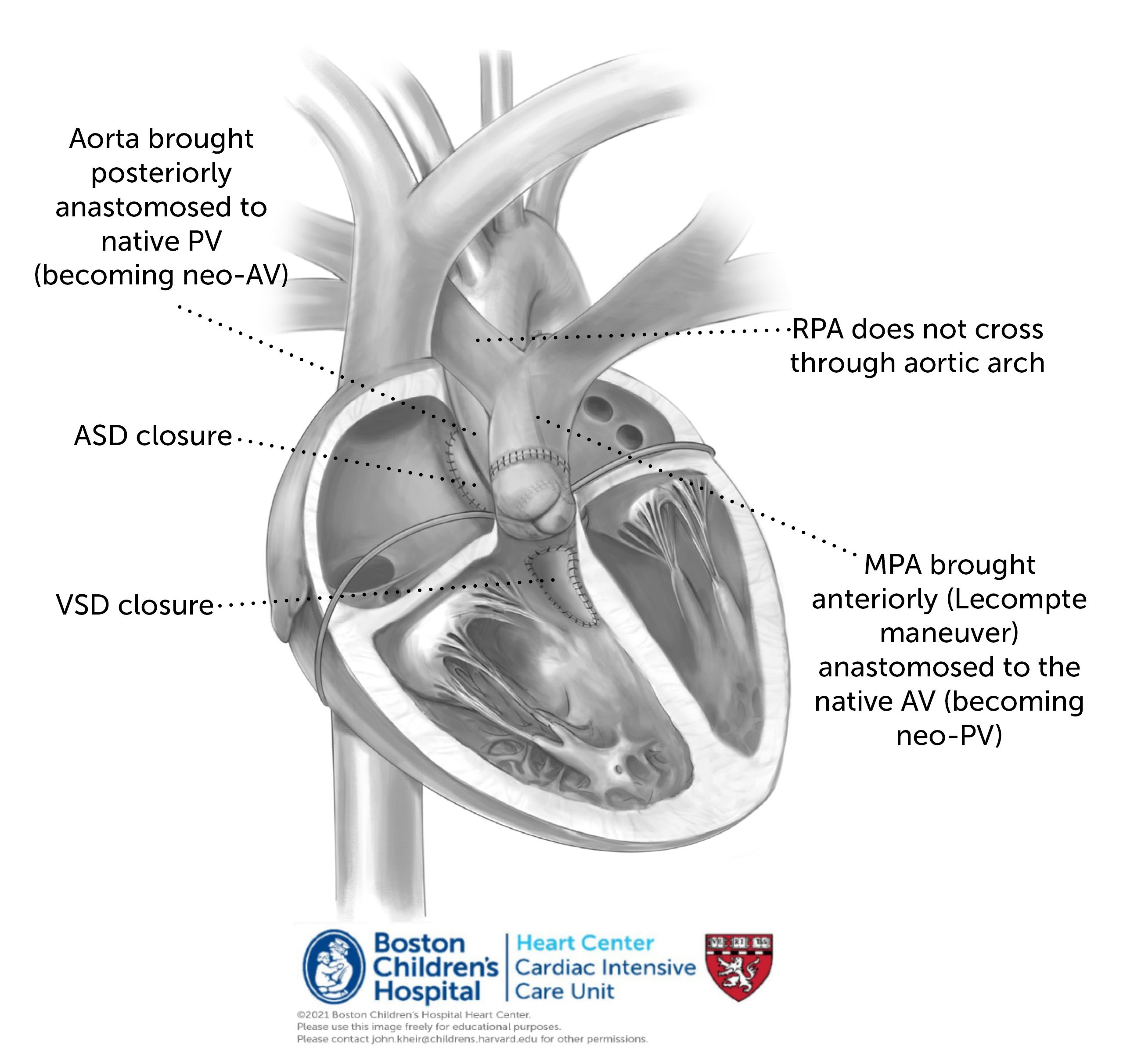 Postoperative considerations. The primary considerations following repair of dTGA/VSD are similar to those of ASO as outlined previously. It is also important to monitor for junctional rhythm which can result from myocardial trauma associated with VSD closure (typically via TV). Assessment for a residual VSD is also important, typically identified by an increase in saturations from the RA to the PA (>10% points is considered significant), elevated LA pressure, or echocardiographic evidence of a VSD. Absent significant arrhythmias or concerns re: coronary anastamosis, the postoperative course is generally benign with extubation within 1-2 days or less.