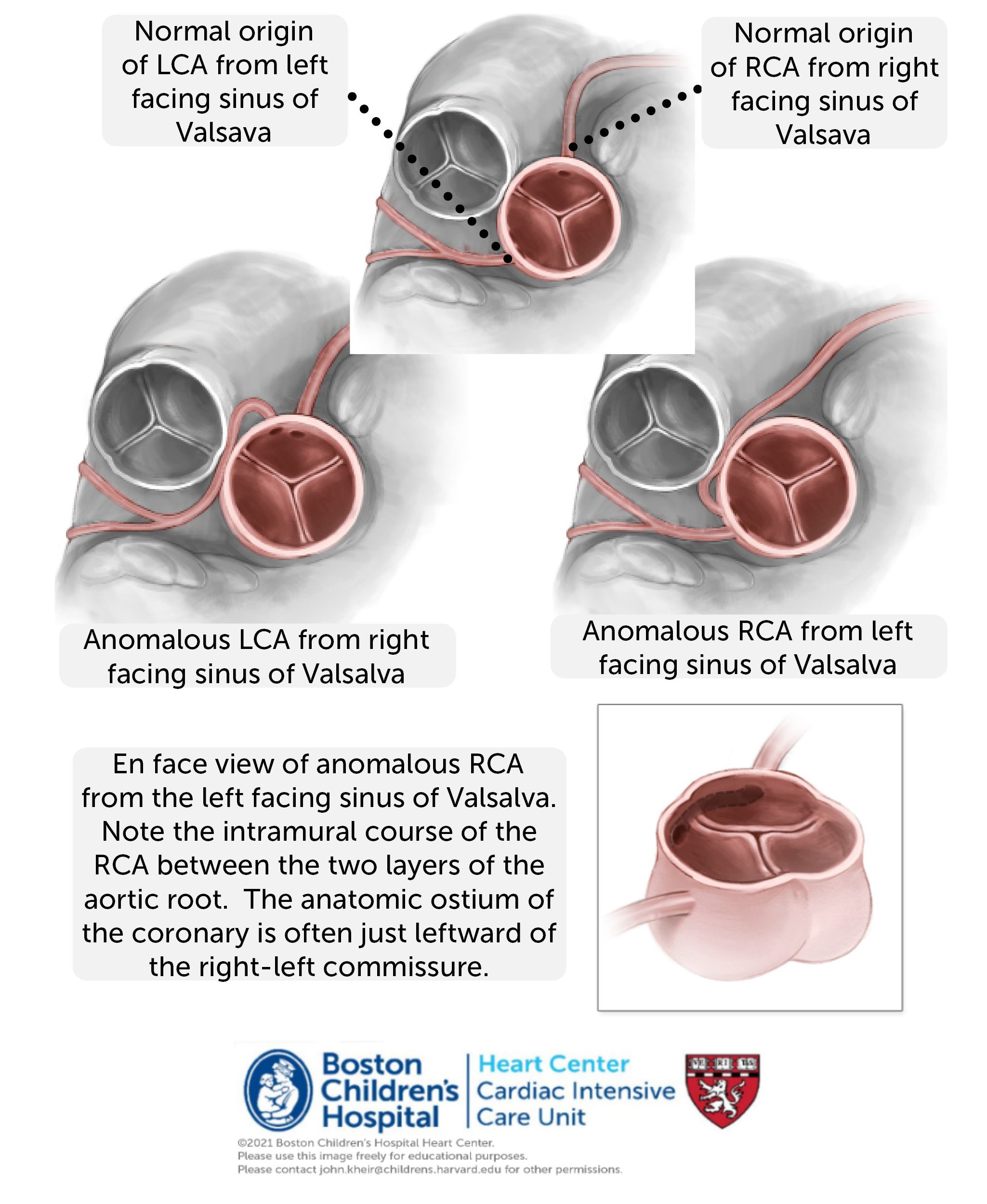 Physiology. These anomalies are frequently asymptomatic in childhood and in some cases throughout adulthood. During exercise, myocardial oxygen demand outstrips coronary blood flow through an elongated and narrow intramural coronary, causing coronary ischemia. There may also be narrowing of the intramural coronary (or even compression against the PA) as the aorta dilates with exercise. This may be asymptomatic or present as angina, dyspnea, exercise intolerance, or rarely cardiac arrest. Although more controversial, a similar pathophysiology may exist in cases of a ‘myocardial bridge’, in which the coronary artery passes underneath a thin strip of myocardium (or adventitia) causing coronary artery compression during exertion, particularly in hypertrophic cardiomyopathy. 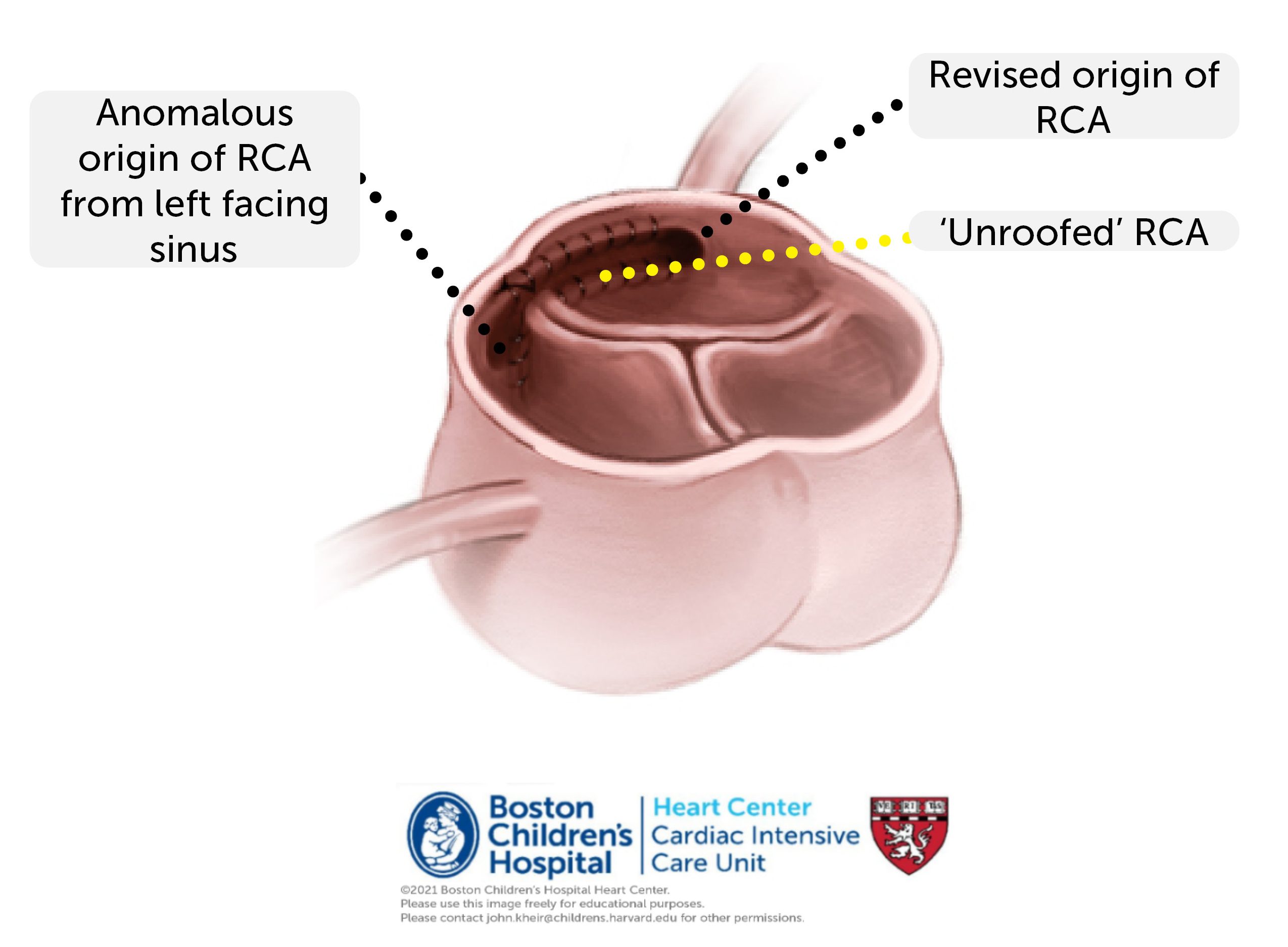 Repair. Repair of intramural coronary arteries takes place through the aortic root. Most commonly, a unroofing procedure is performed in which the aorta is incised along the course of the intramural coronary, which is incised lengthwise. In most cases, the coronary edges and aortic intima are anastamosed together lengthwise. This procedure removes the interarterial course of the anomalous coronary so that the new coronary orifice is in the correct sinus of Valsalva (e.g. RCA from right facing sinus). More rarely, the proximal coronary may be ligated and translocated externally without opening the aorta.

Postoperative considerations. In most cases, patients lack significant comorbidities and postoperative management is straightforward. Patients may be extubated in the OR or several hours postoperatively once hemostasis is achieved. If the pericardium is closed, post-pericardotomy syndrome may occur in the first several days, including chest discomfort, pericardial rub, tachycardia, and non-specific ST changes. Anti-inflammatory drugs (e.g. ketorolac) are helpful in the early postoperative setting. Colchicine may be helpful in patients who are readmitted with postpericardial syndrome following any operation. Anticoagulation with at least a single antiplatelet agent (usually ASA) is typical. Systemic heparinization may be additive when the coronary revision is anatomically concerning for any reason. It is important to monitor for patency of the unroofed coronary artery throughout the hospital stay using the protocol below.