The most technically challenging component of the ASO is the coronary transfer from the native aortic valve to the neo-aortic valve. Care must be taken to extensively mobilize the coronary arteries from the adventitia that may tether it, causing kinking when the heart is full or blood pressure increases (distending the aorta). 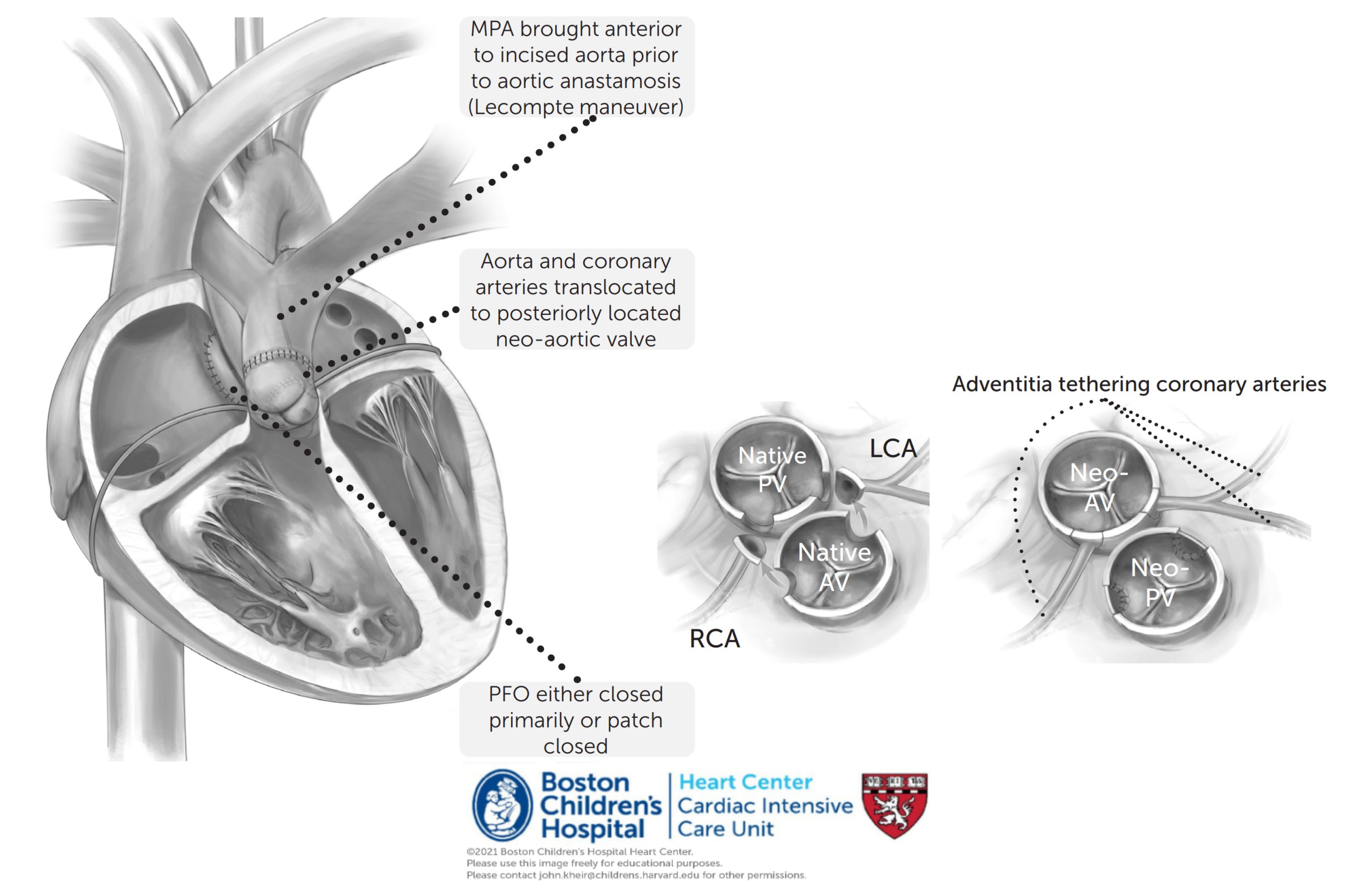 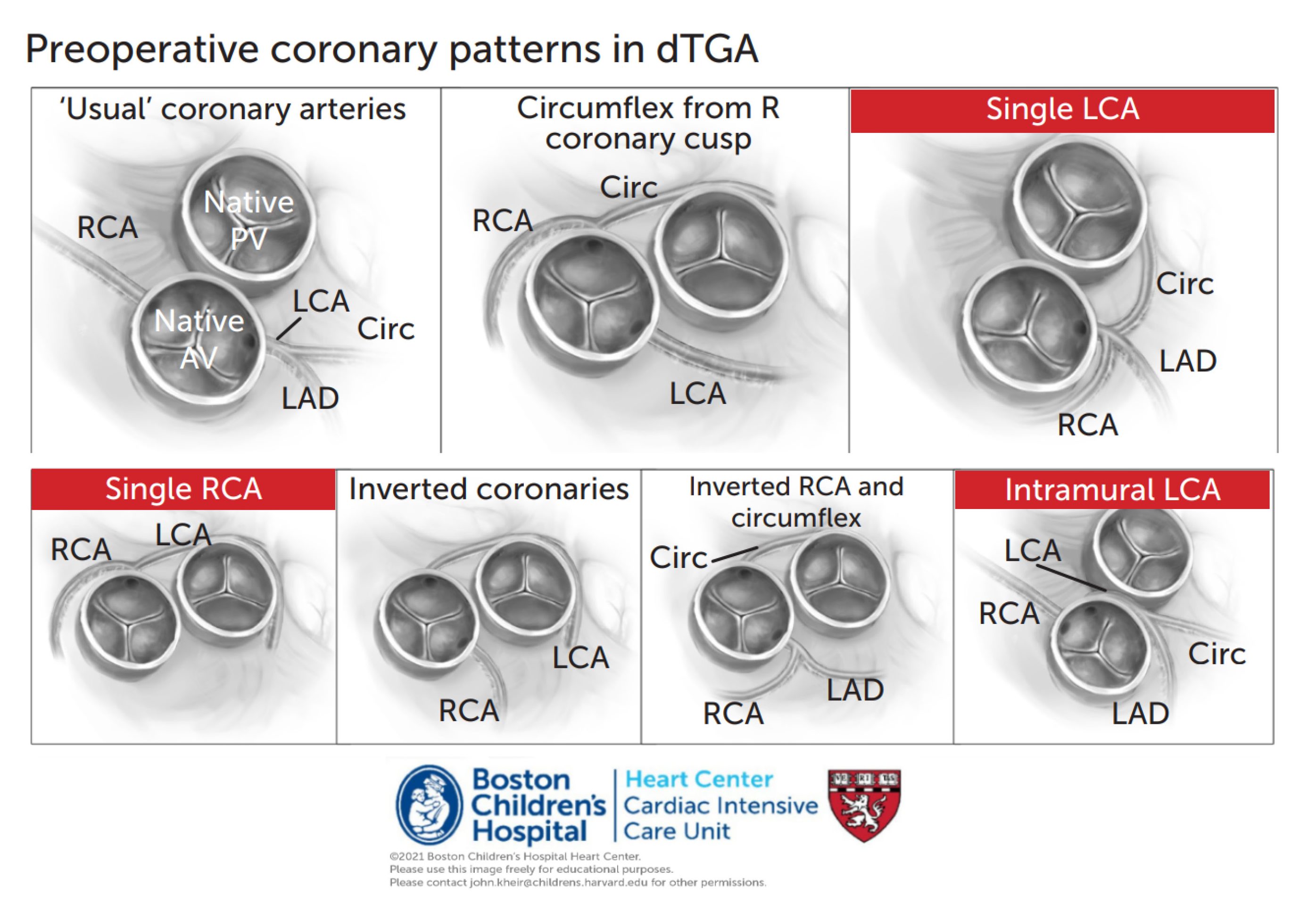 Repair. The ASO offers a definitive, nearly anatomically normal repair of Arterial switch operation dTGA. The repair includes transection of the anterior aorta from the aortic root and the posterior PA from the pulmonary root. The coronary artery origins are harvested from the aortic root and liberally mobilized distally (freeing them from the adventitia that tethers them to the epicardial surface). Coronaries are then transferred posteriorly to the ‘neo’-aortic root (the anatomic pulmonary valve associated with the LV now becomes the neoaortic valve). The PAs are mobilized distally and brought anterior to the aorta (i.e. the RPA no longer passes through the aortic arch – called the Lecompte maneuver). The aorta is then anastamosed to the neoaortic root and the heart reperfused. The PA is then anastamosed anteriorly.

Postoperative considerations. In the modern era, outcomes following ASO are excellent. In most cases, the sternum is closed primarily and extubation may take place within the first few postoperative days. (1) The most important complication following ASO is coronary artery obstruction, which can result from kinking of the coronary arteries when the heart is full. In almost all cases, a patient who exhibits ischemic ST segment changes, complete heart block, or a cardiac arrest following ASO should undergo coronary angiography immediately following resuscitation; coronary obstruction must be immediately addressed for a good outcome. Patients with single or intramural coronary artery anatomy are at ~3X increased risk of complications Postoperative anticoagulation with ASA is common. (2) Some postoperative ventricular dysfunction is common but generally well tolerated. Inotropic support is commonly used; the often cited PRIMACORP study demonstrated that Milrinone use following ASO decreases clinical signs of LCOS. (3) Elevated PVR may persist for a few days postoperatively and may delay extubation in some patients. (4) A modest degree of branch PA obstruction (10-15 mmHg) is common due to the long path that the PAs take when moved anteriorly, though this is rarely acutely relevant. (5) Rarely, ASO is performed in a late-postnatally diagnosed infant. LV failure can occur if the LV has been deconditioned preoperatively. In these cases, maintain NMB and inotropic support until CO is adequate, consider ECMO.