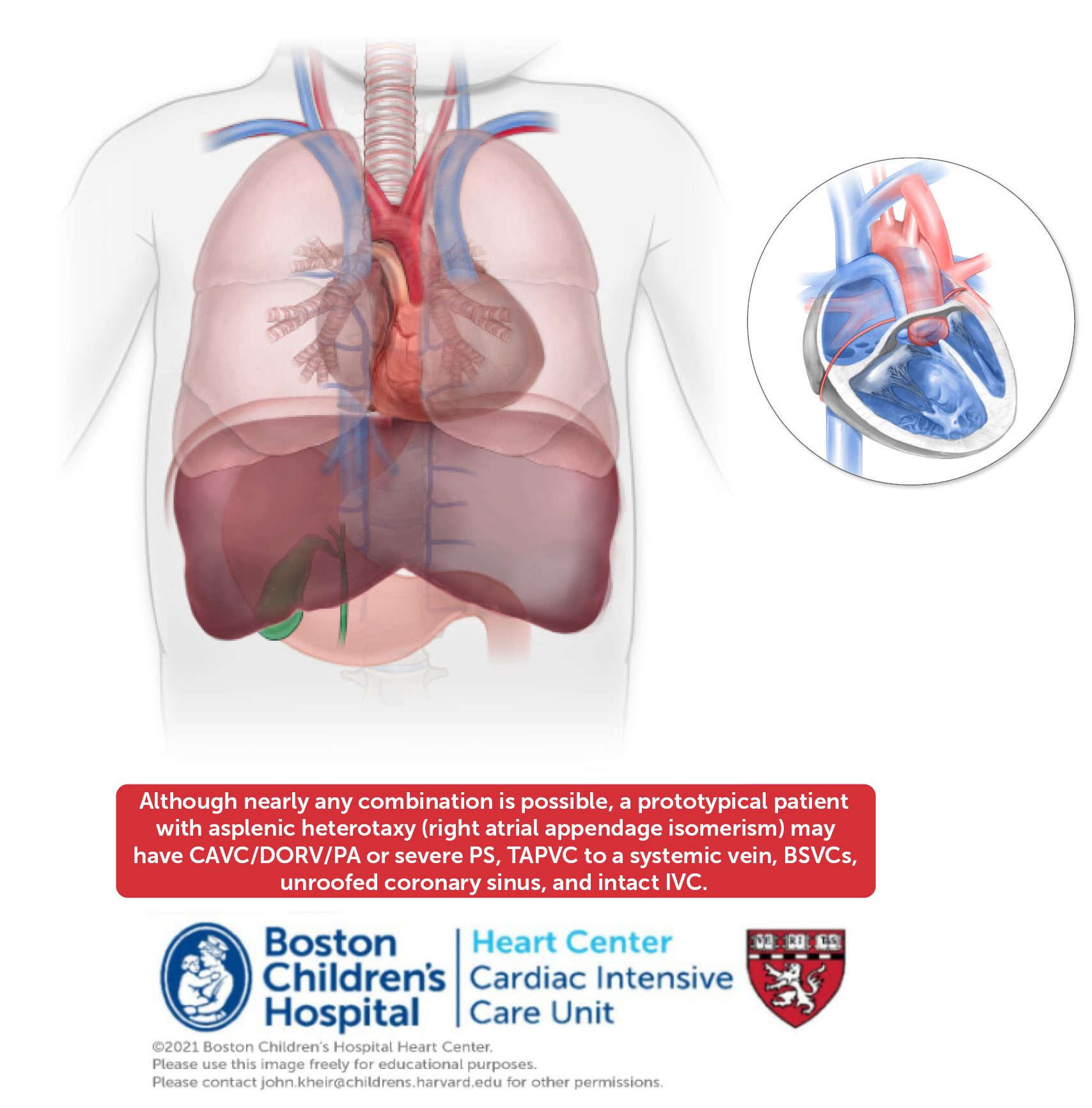 Newborn period: Most patients with asplenia heterotaxy have a large VSD and severe PS or PA, and few develop APCs. Pulmonary blood flow is therefore commonly PGE-dependent. The initial palliation may include stenting of the PDA or BTS placement. The second consideration arises when TAPVC is present; when intracardiac (or more rarely when supracardiac), pulmonary venous obstruction may be present as indicated by pulmonary congestion, diminished lung compliance, and hypoxemia. In this setting, surgical TAPVC repair may be required in the newborn period.

Subsequent palliative steps. In many cases, the subsequent procedure is a bilateral bidirectional Glenn. This may stabilize the circulation for a period of time (i.e. not shunt dependent, decreased volume load). Patients with clearly univentricular anatomy are subsequently palliated to a Fontan circulation.

Biventricular repair. Over time, mucociliary dysfunction may lead to impaired pulmonary health; this, among other factors, drives our institutional push towards the biventricular repair in this disease. We have found that even severely imbalanced CAVC may be effectively recruited over time. In select cases, an attempt is made at the time of BBDG to begin volume loading a diminutive LV by restriction of the ASD and by partial restriction of the VSD. This allows a gradual increase in LVEDV and improved compliance. Completion of biventricular repair may then include an arterial switch or aortic root translocation and VSD closure. Postoperative considerations include fevers (common in the first 48 hours, increasing metabolic demand and propensity for automatic tachycardias), leukocytosis, monitoring for LA HTN, and pulmonary clearance. Patients are often on NMB and cooling for the first 24 hours, then deintensified as clinically tolerated. Twin AV nodes are common.