Anatomy. In this less common instance of aortic valve atresia with VSD, the MV and therefore LV are of near-normal size and function. LV outflow is via an unrestrictive VSD, such that LV stroke work in utero is near normal. EFE is less common in this pathology. The aortic valve is atretic, however, leading to hypoplasia of the ascending aorta. However, when the MV and LV are not limiting in size, a biventricular circulation can usually be achieved, often in the newborn period. 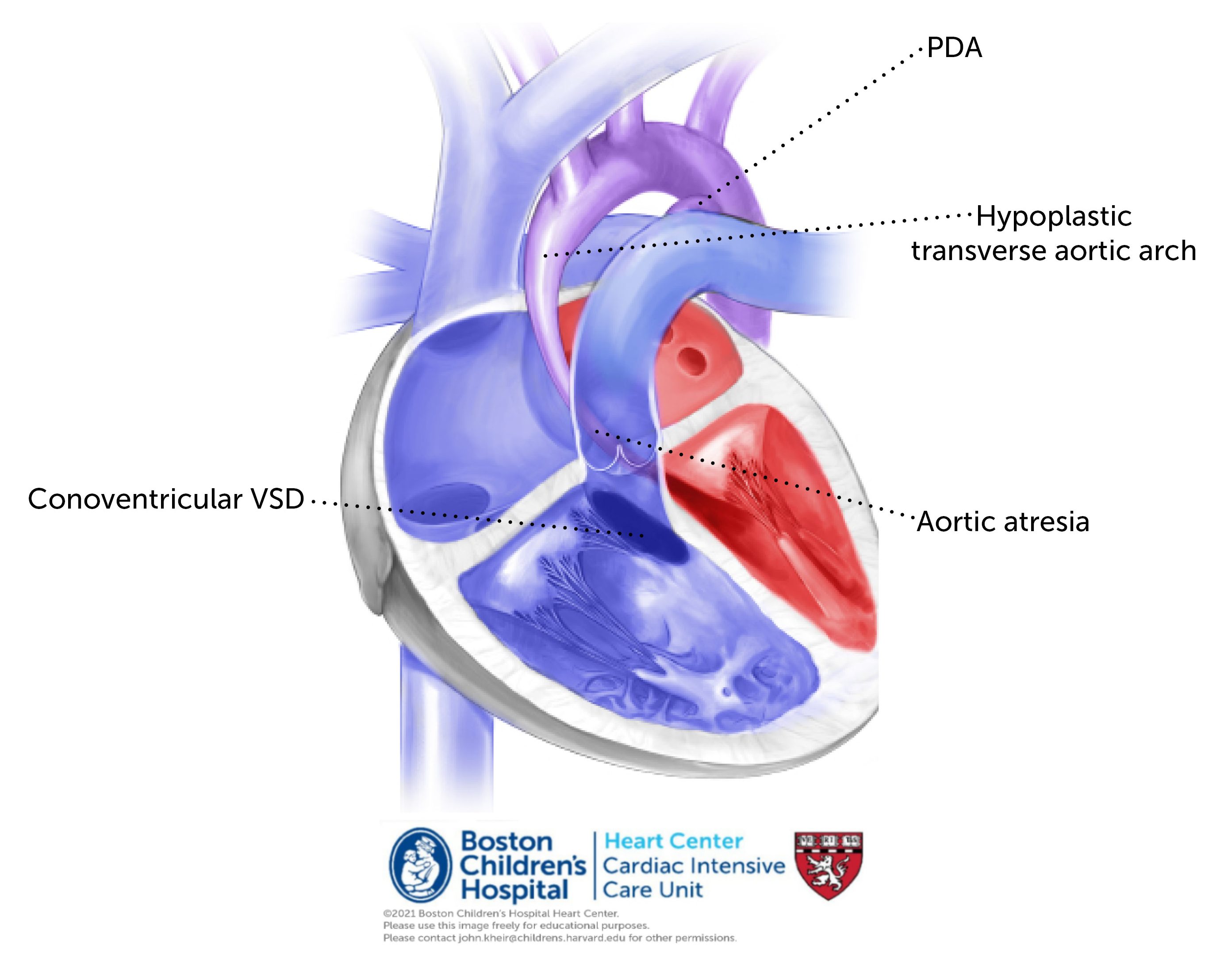 Physiology. As with all cases of aortic valve atresia, the circulation is ductal dependent in the newborn period. All systemic blood flow occurs via right to left ductal shunting and retrograde flow in the transverse and ascending aorta. The ascending aorta may be extremely diminuitive. In the absence of lung disease and left atrial hypertension, arterial saturations are typically elevated in the newborn period due to low oxygen consumption (raising SvO2) combined with elevated pulmonary blood flow, increasingly so as the PVR decreases during the first few days of life.

Repair. When the anatomy is favorable (normal MV and LV size and function) and the patient is a good surgical candidate (no IVH, no significant prematurity), the possibility of a neonatal biventricular repair of AA/VSD is attractive. This takes place via the Yasui procedure, which includes an aortopulmonary anastomosis and aortic arch reconstruction (i.e. DKS). In contrast to an S1P, however, systemic blood flow is exclusively derived from the LV as the VSD is closed through the RV and baffled to the native PV. This creates a widely patent ‘LVOT’ to the PA, which is one with the aorta. A separate RVPA conduit is placed to provide PBF and to septate the circulation. Coronary perfusion is via the DKS. In patients who are poor surgical candidates, the circulation may be palliated by PAB and ductal stenting until a more favorable time. 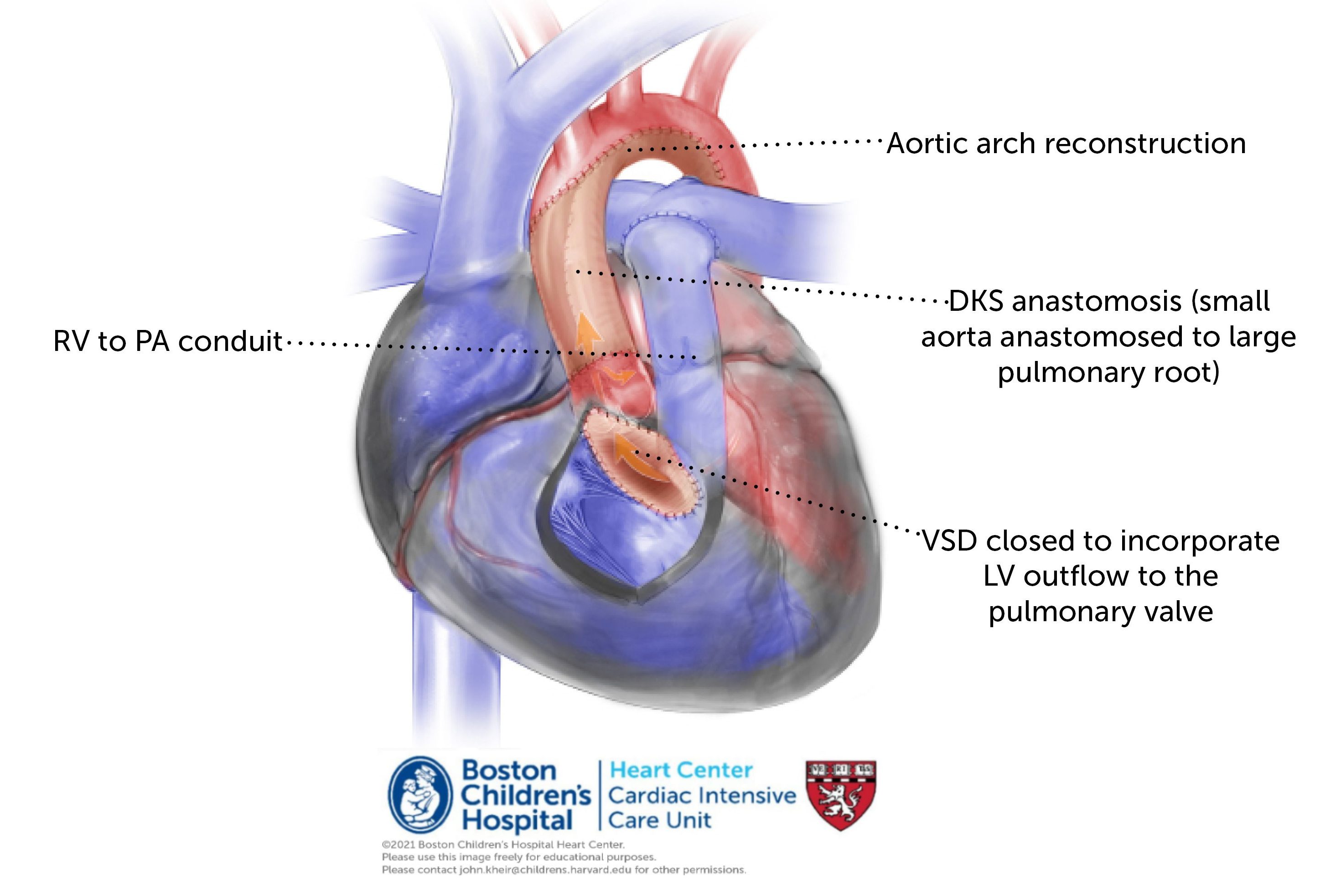 Postoperative considerations. The Yasui procedure offers corrective surgery for this lesion in the newborn period. Restrictive RV physiology is common due to an (often) large RV incision and RVPAC combined with a VSD baffle that consumes a portion of the RVOT. Thus, maintaining preload and avoiding unnecessary venodilation stabilize the circulation. Monitor for junction rhythm.