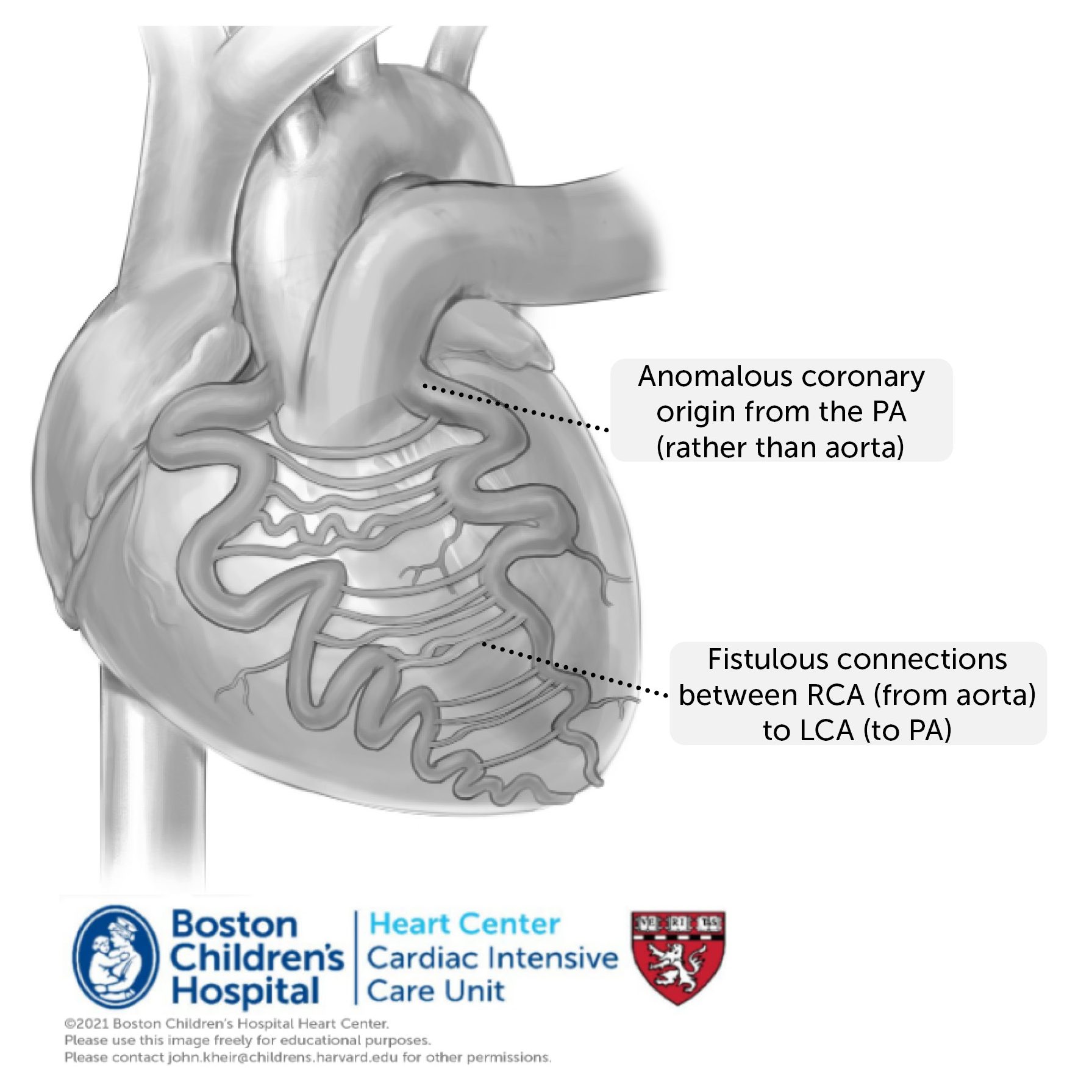 Physiology. As the PVR decreases after birth, blood in the anomalous coronary flows retrograde, fed by a growing network of epicardial collateral arteries from the coronary of normal origin (here, the RCA). Over time, the coronary circulation becomes massively dilated and creates a left (aorta) to right (PA) shunt. This creates a left ventricular volume load, but more importantly the affected coronary circulation becomes progressively ischemic, such that (in anomalous LCA) the LV becomes typically severely dilated and dysfunctional. There is typically severe MR associated with papillary muscle ischemia and LV dilation. Patients typically present around 2-6 months of age with signs of heart failure (cardiomegaly and pulmonary edema), although a substantial number also present as older children or teenagers with a murmur or signs of ischemia. The classic EKG changes for an anomalous LCA include deep Q waves in leads I, aVL, and V5-6, diminished anterior forces in V1-V4, a superior frontal plane axis, and left atrial enlargement in V1. The diagnosis is typically confirmed by echocardiography demonstrating retrograde flow in the anomalous coronary that is contiguous with the PA. Patients in extremis can be supported by mechanical ventilation, neuromuscular blockade and inotropic support. When ECMO is required preoperatively (very rare), diminuition of the coronary runoff (e.g. by PA banding or temporary ligation of the anomalous coronary) may be necessary to restore coronary perfusion.

Repair. Repair of anomalous coronary artery requires cardiopulmonary bypass. Meticulous attention must be paid to coronary protection, and the PAs are typically banded during antegrade cardioplegia administration, followed by direct root injections. The anomalous coronary is harvested from the PA root and translocated to the aortic root, at times using a flap of pulmonary root to elongate the coronary to achieve an ideal coronary lie. In many cases, a mitral valve annuloplasty is also performed to diminish the degree of MR. 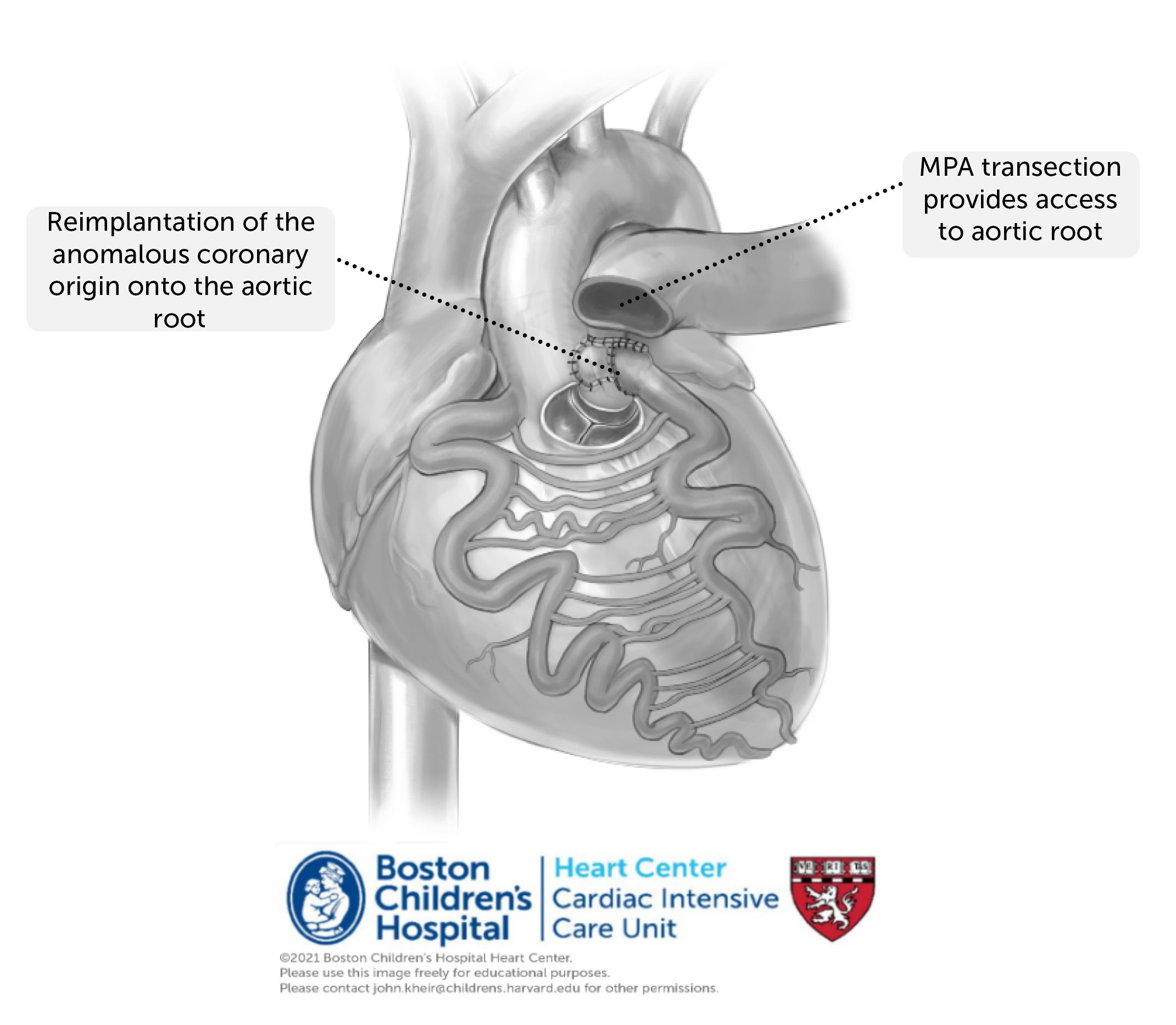 Postoperative considerations. In many cases, the diagnosis of ALCAPA is delayed and the patient presents with a severe burden of heart failure. Postoperative recovery in these patients is slow, and patients often require several days of mechanical ventilation to recover. Postoperative ventricular function may take weeks to recover echocardiographically. LA HTN is common as is low cardiac output, and cardiomegaly may compress the LMSB and cause left lung atelectasis. Inotropic support, ginger diuresis, slow weaning from NMB, sedation and the ventilator (maintaining PEEP) are required for those with a significant burden of disease. Anticoagulation is also necessary to prevent thrombosis of the reimplanted coronary, in which flow may be diminished due to competitive collateral flow.