Procedure. The Ross procedure is used in some cases of aortic valve disease (regurgitation or stenosis). The pulmonary valve and root is excised from the RVOT and translocated to the aortic root. Coronary buttons are harvested, the native aortic valve and root is excised, the pulmonary root put into the aortic position, and coronary buttons are reimplanted. An RVPAC is placed into the pulmonary position. The Ross procedure may be favored in the setting of AV endocarditis to avert the need for prosthetic material in the aortic position. Alternatively, it may be used in the neonatal period in the setting of an adequate LV size but severe AV disease. It is also one of several options available in a variety of other aortic valve pathologies. 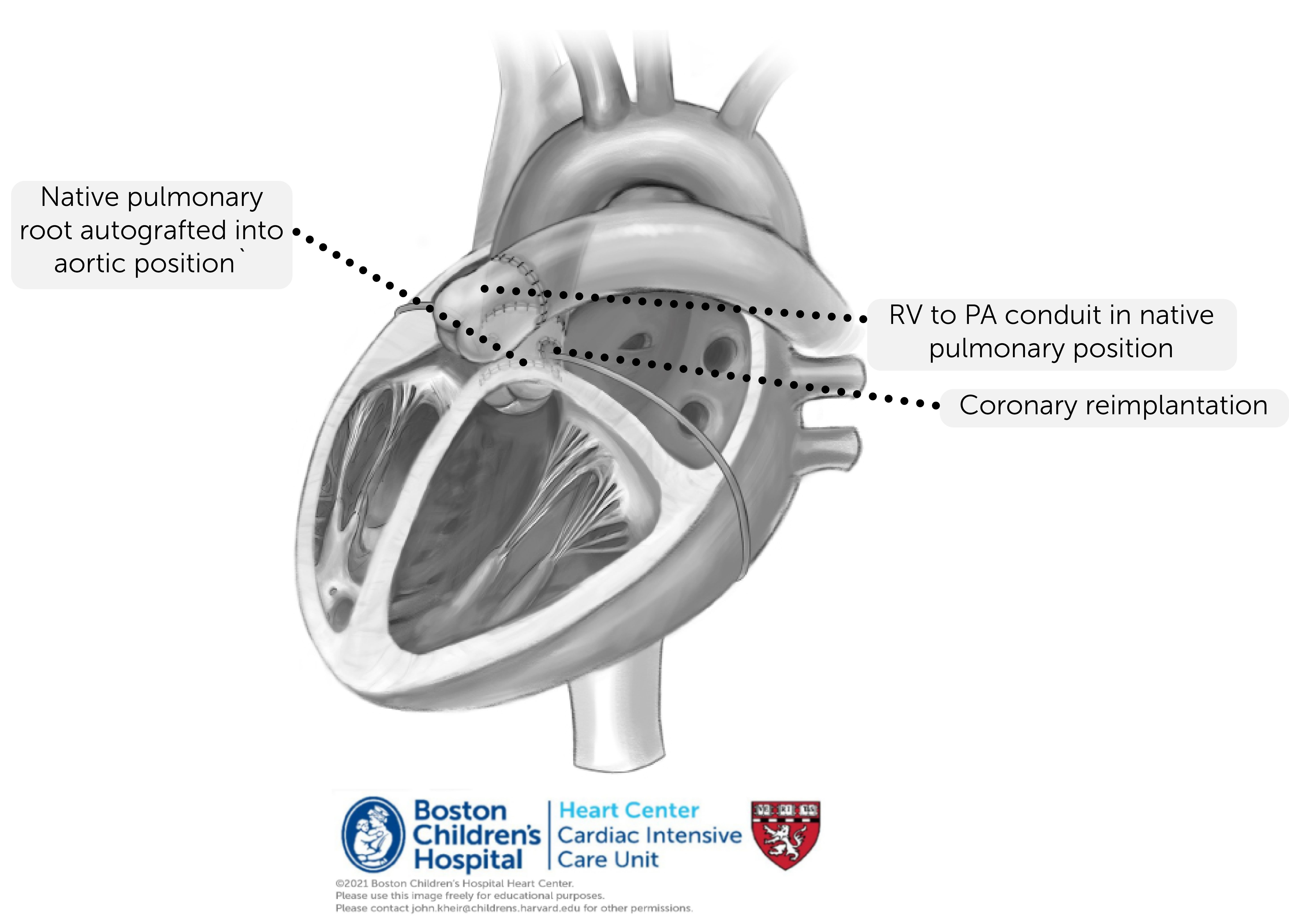 Postoperative considerations. In most cases, the patient has a stable circulation entering the OR and is not intubated. In these situations, the circulation following a Ross procedure is typically stable. If there was significant preoperative AI and LV dilation, there may be a decrease in LV function due to the acute change in LV preload. There is significant arterial surgery in this operation and at times multiple redo sternotomies, in which case bleeding may be more common. If the patient exhibited significant preoperative heart failure, it may take time for these pathologies to recover prior to extubation.

Procedure. In some cases of aortic stenosis, the aortic root itself is prohibitively small (rather than only the valve) and requires augmentation. This can be performed along the septal surface (Konno incision) or along the anterior leaflet of the MV (Manougian incision), or occasionally both. The AV may be replaced using a pulmonary autograft (Ross-Konno), using a prosthetic valve (bioprosthetic or mechanical), or with Ozaki replacement of one or more leaflets. 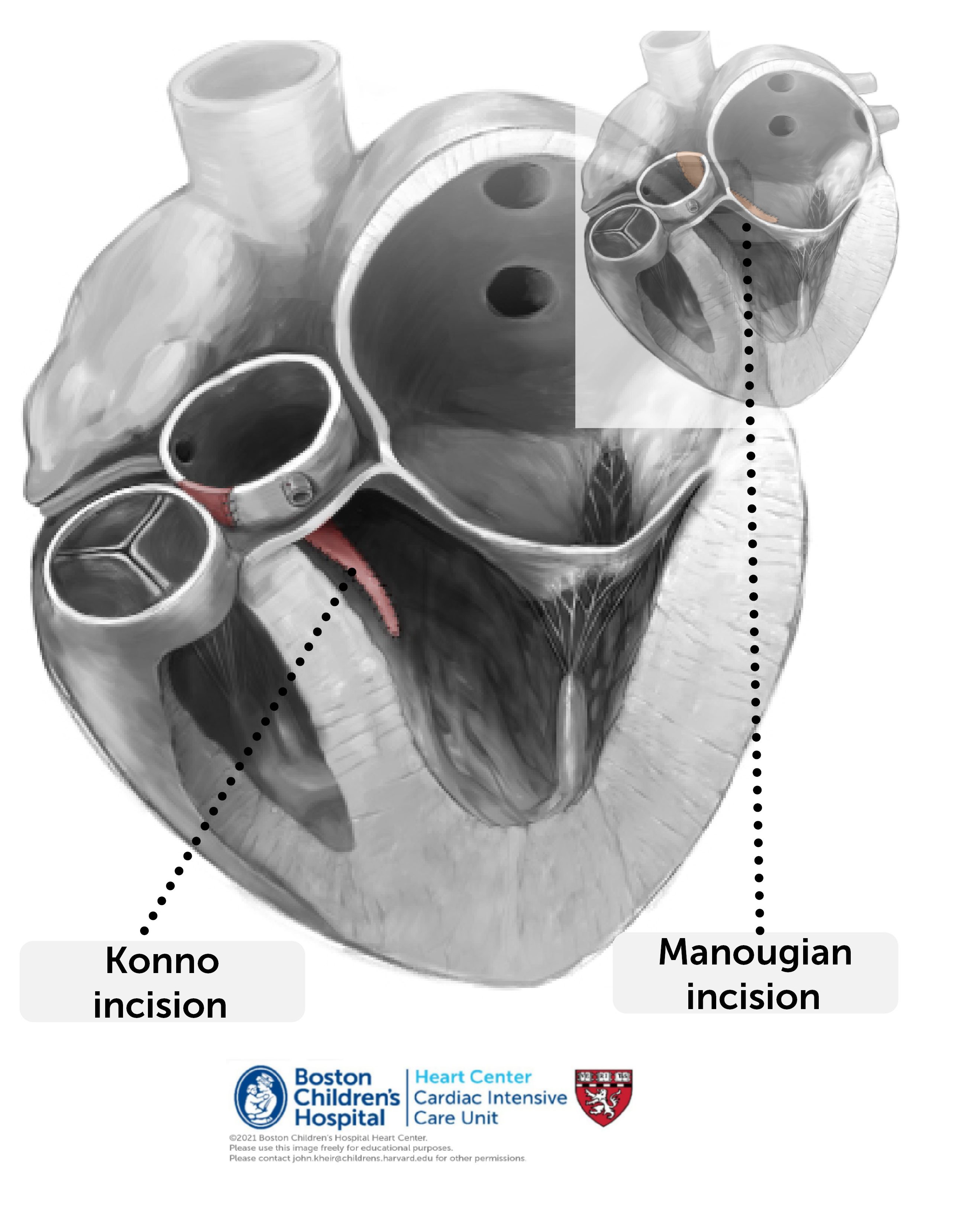 Postoperative considerations. The postoperative course is primarily dependent upon the anatomy and physiology of the left ventricle as well as the technical result. In most cases, there is some degree of restrictive LV physiology which may be temporarily exacerbated by the at-times large septal incision. In these cases, preload should be preserved by avoiding excessive vasodilation and diuresis should be gentle. Heart block may cause unfavorable myocardial synchrony. As always, the presence of residual VSD, LVOTO, AS or AI may worsen postoperative hemodynamics and should be accounted for.