•Only ~10% of cardiac output crosses from the ascending to descending aorta in utero, making this region susceptible to underdevelopment in the setting of left heart obstructive lesions and shunts.

•RV does ~66% of stroke work in utero; LV does ~34%. The DA remains unrestrictive throughout fetal life, such that the RVP=LVP (absent valvar stenosis). 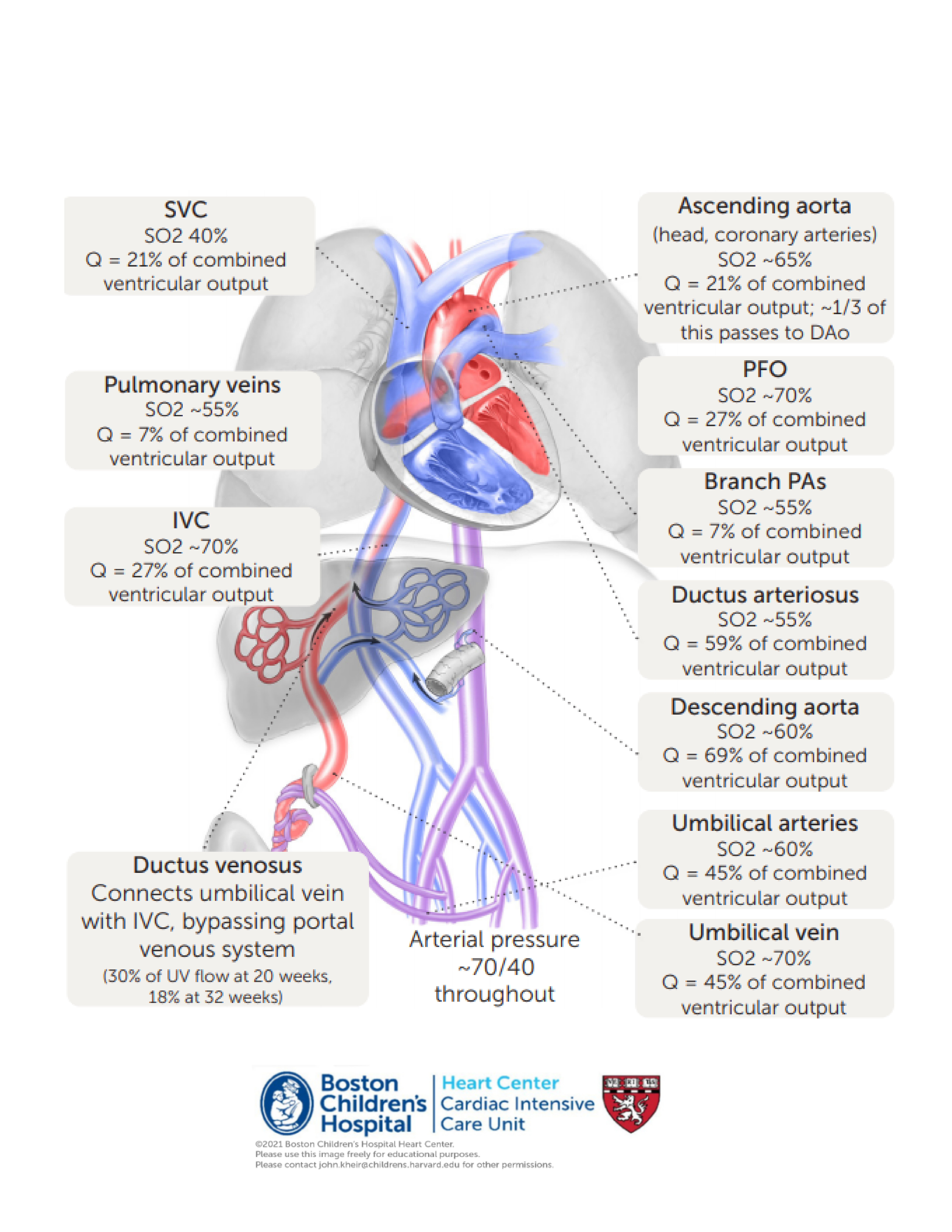 Within hours of birth, several key factors transition the circulation from fetal to normal postnatal physiology.

•The umbilical cord is clamped, removing the low resistance placental circuit from the systemic circulation.

•The removal of the placenta decreases SBF (and right atrial return) and the decrease in PVR increases PBF (and left atrial return), causing an increase in LAP relative to RAP and PFO closure.

•In term infants without cyanosis, PDA closure typically occurs within 10-15 hours. However, PDA reopening is sometimes achievable with PGE1 infusion within the first 1-2 weeks of life. 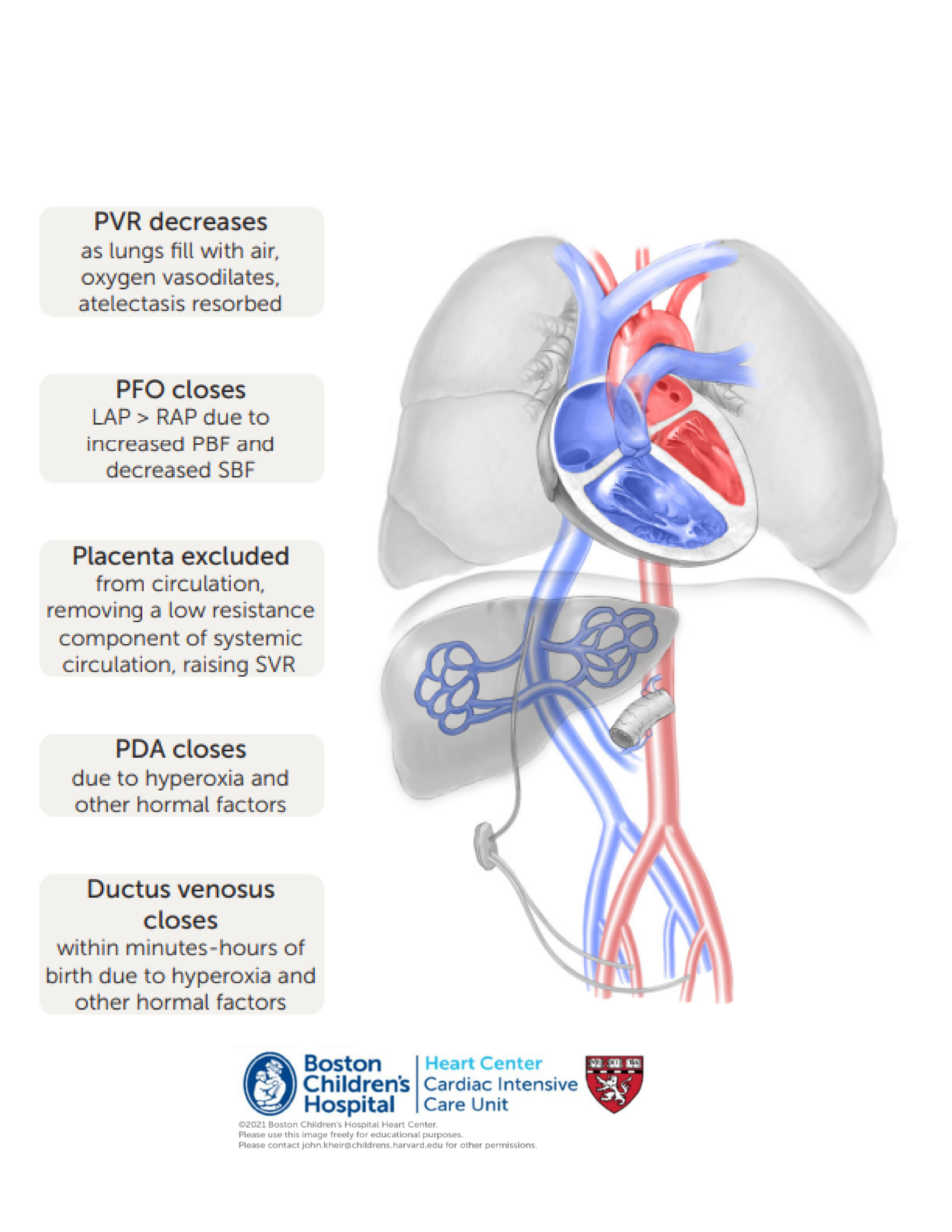